Report: Many NBA players hesitant to resume season in Orlando 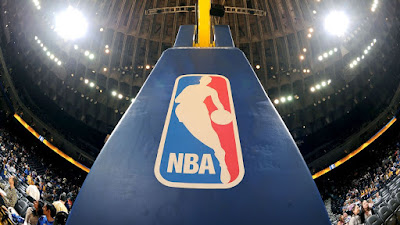 The NBA and National Basketball Players Association are agreeing on a plan to allow players to stay home and not travel to Orlando next month without consequences, according to ESPN.

Adrian Wojnarowski reported that 40 to 50 players have voiced their concerns about the uncertainty of restarting the NBA season at the Disney World bubble. While there hasn't been a formal petition to the NBPA about those that want out of the 22-team format, there is a growing hesitation to travel despite the safety protocols ready to be put in place when it comes the COVID-19 pandemic.


"As players have started to come to terms with the restrictive and isolated nature of the Orlando bubble --- including no visitors until after the first round of the playoffs, nearly seven weeks after the opening of mid-July training camp -- there has been increased dialogue about the prudence of restarting the season for a number of players, especially those on non-championship contenders, sources said.

"Executives and coaches around the NBA have had significant concerns about how players will adapt to an environment unlike any they've ever experienced and how those hurdles could impact the sustained competitive drive for teams. Many have worried, too, especially on teams that aren't title contenders, whether some players will start to seek avenues to bypass the resumption altogether."

Players have stated many concerns, including family visits, being unable to leave the Disney campus, the coronavirus re-emerging due to the social injustice protests that many players have participated in around the country and continue to do so. Players with medial issues who might be considered high-risk and could be excused from participating, as well as those who are fit to play may also be allowed to stay home, but will not be paid for the last eight regular season games, sources told ESPN.

On Thursday, Wojnarowski reported that if any player on any of the 22-teams invited to Orlando that decides against playing could be replaced by a substitution player. This would also apply to any player who tests positive for COVID-19 or suffers a long-term injury. Replaced players are unable to return for the remainder of the 2019-20 season.

The NBA approved Adam Silver's return-to-play plan to tip-off on July 31 last week, but the league is now looking to move the target date to a day sooner.


The NBA is targeting a slightly earlier date for the restart of the season in Orlando, sources tell ESPN: July 30.
— Adrian Wojnarowski (@wojespn) June 11, 2020