Robert Williams (hip) has been cleared to play against the Rockets 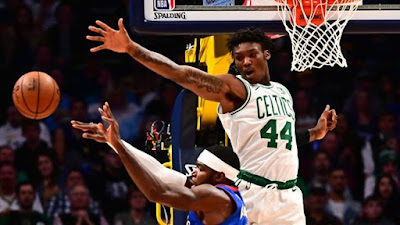 Robert Williams will finally make his long awaited return to an NBA court when the Celtics host the Houston Rockets on Saturday night at TD Garden.

The team announced on Friday afternoon that Williams, who has been sidelined since Dec. 9 with a left hip bone edema, has been cleared to play following his latest scan coming back clean.


#NEBHInjuryReport Rob Williams has been cleared to play. Brad Stevens says his minutes will be “very limited” the first couple of games.


Williams' minutes will be limited in the first few games, according to Celtics coach Brad Stevens after joining the team to practice on it's four-game west coast trip that concluded Wednesday night with a 114-103 win over the Jazz.

Meanwhile, Kemba Walker, who's missed the last four games, is still out with left knee soreness. The All-Star guard worked out with the team today and if cleared to practice on Monday, he could play for the first time in over two weeks when the Celtics face the Brooklyn Nets on Tuesday


#NEBHInjuryReport Kemba Walker (knee) worked out today and the plan is to have him play 3-on-3 tomorrow. If he’s cleared to practice Monday, he could return for Tuesday’s game vs. Brooklyn, per Brad Stevens.
— Boston Celtics (@celtics) February 29, 2020