Is Kemba Walker's knee soreness more serious than Celtics are leading on? 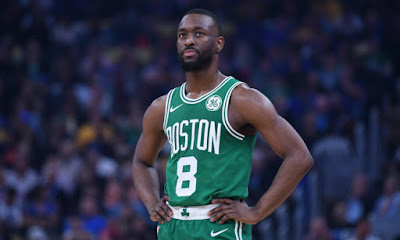 The Celtics should be more concerned with Kemba Walker's knee injury than they want to lead on.

Prior to the NBA All-Star break, Boston had Walker on a minutes restriction due to soreness in his left knee. But since the start of the second half of the season, the Celtics have been without the services of their starting point guard.

Despite being on a minutes restriction from the Celtics, Walker still made the decision to play in the All-Star game. Led by Toronto Raptors head coach, Nick Nurse, Walker logged in 23 points, three rebounds, and three assists in 29 minutes of play for Team Giannis.

In the days following the All-Star game, Walker has had his left knee drained and injected with an anti-inflammatory to help control the swelling. It's hard not to assume that playing in the All-Star game didn't do any good for Walker's left knee.

Even with restricted minutes, the last game Walker played for the Celtics was a double-overtime thriller against the Los Angeles Clippers where he played 46 minutes in the victory. He has since missed rather important games against the Minnesota Timberwolves and Los Angeles Lakers.

Celtics head coach Brad Stevens seems disappointed with how this situation has turned out regarding his All-Star point guard.

"There's no way he would have played or our medical staff would have (let him play in the All-Star game) if they thought this was going to be possible after the break. It's just unfortunate. It probably would have happened at some point, clearly, but it's unfortunate that it happened there." [MassLive]

When you put into perspective that Walker is in a prime position to makes a deep playoff run for the first time in his eight year career, he should have looked at the bigger picture of the season and at least considered taking more of a rest period during the All-Star break.

Although, despite the speculation and rumors, Walker stands by his word that the All-Star game wasn't a problem in regards to his knee.

"I wanted to play. This has nothing to do with the All-Star game, period. So, it is what it is," said Walker prior to the Celtics win on Friday night. [MassLive]

For the Celtics to make a title run this year, they're going to desperately need Walker to be back to 100- percent (or close to it) for the playoffs that are right around the corner.

As of 8:08 p.m. the Celtics have ruled out Walker for Tuesday night against the Portland Trail Blazers


#NEBHInjuryReport for tomorrow vs. Portland: