Paul Pierce to make decision on retirement in next few weeks 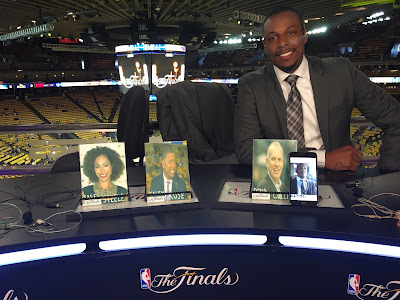 It's been interesting to watch Paul Pierce during the NBA Finals as an analyst on ABC/ESPN. But could the former Celtics captain be preparing for life after he hangs it up? According to 'The Truth' that could be sooner rather than later.

Pierce spoke to the Boston Globe's Gary Washburn before Game 3 in Cleveland Wednesday night about how in the upcoming weeks he'll make a decision to either come back to play his 19th season or call it quits.

Pierce, 38, still has two-years left on a $10 million deal he signed with the Clippers last summer. Even though this past season was his worst statistically, where he averaged career lows in points (6.1), rebounds (2.7), assists (1), minutes played (18) and shooting percentage (36.3) in 68 games (38 off the bench), Pierce never got comfortable in his new role.

“I thought I had one more good year [this past season], but obviously I didn’t like how it all went with my role,” he said. “I’m still just trying to figure it out. A lot has got to do with my role I’m going to play. To come back and sit 82 games, I don’t know if I can do that.” [Boston Globe]

Despite being and feeling healthy for the most part, plus consulting with good friend and former teammate Kevin Garnett about his pending decision of retirement, Pierce says preparing for the grind of another season is the hard part especially after 18-years.

“Really, it’s all about how I feel mentally, getting up and I’m thinking about the grind,” he said. “People don’t understand, I think a lot of guys retire because of what it takes to [get on the court] each season. You can take the grind once you are in it, but getting ready for the grind is the hard part.” [Boston Globe] 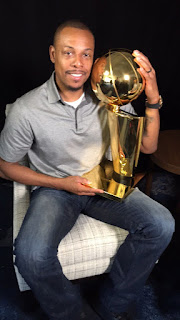 It's not easy when you know you still got a lot left in the tank, look a last postseason for Pierce in Washington. Unfortunately at the same time you can't control what a coach like Doc Rivers is thinking or has planned.


I know one thing is for sure, I've enjoyed watching Pierce tell it like it is during the Finals, even if he did pick the ' Cavs in six.' [Cleveland.com]

Who would have ever saw that coming? Pierce picking LeBron?

Baring any off or mid-season trades (if he does decide to come back) the likely hood that Pierce retires as a Celtic doesn't seem like it's going to happen even if he'd have a much better and bigger role here in Boston.

Though I think it's safe to say Pierce fans would support his decision whichever it may be.