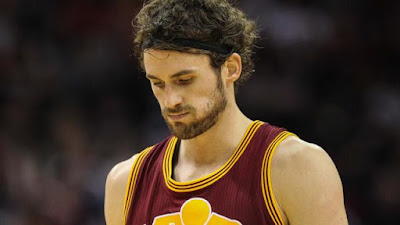 Part of this is Kevin Love's own fault; he really wanted to sit with the cool kids at lunch and approved the trade to join up with James, Kyrie Irving, and the rest of the then rejuvenated Cavaliers. He had the chance to get out after a rocky first year in Cleveland. He did not, instead Love drank the Kool-Aid again and signed a max deal.

Despite not playing in the Cavs' Game 3 win (due to a concussion) on Wednesday, watching the absolute decline of Kevin Love's game, confidence, and happiness in the NBA Finals has been cringe worthy television. Go back just three years and Love was one of the most feared players in the league. Today, he is LeBron's whipping boy and is just for everything when things go wrong.

The Cavs need to #FreeKevinLove.  I still believe he can be an All-NBA player in this league. His skills haven't disappeared, he just isn't able to use them in that system. His scoring of 16 points per contest in the last two years in Cleveland is way down from 26 points per game in his last season in Minnesota. I am 120-percent confident if you were to free Kevin Love from the shackles of LeBron James, he would instantly go back to being an unstoppable force in this league. Right now, Kevin Love is like Harry Potter locked in that closet under the stairs.  He just needs Hagrid to come let him out. (I don't actually know if that reference makes sense.. I don't even like Harry Potter. It was the first thing that came to mind, so please Harry Potter fans pardon my ignorance.)

It's obvious that Danny Ainge would sell his soul at this point for another superstar and Brad Stevens has a undying love (no pun intended) for big men that can shoot the long ball. Love could be the most available superstar out there and the most realistic trade target for the Celtics this summer if and when the Cavaliers lose the finals in five games. General Manger LeBron James may decide to blow the whole thing up. Kevin Love could be available for a trade and the Celtics should be ALL IN. 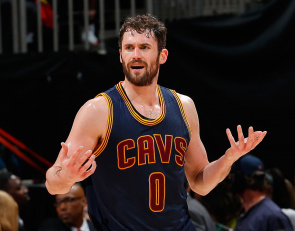 The Celtics would need to offer up a pretty good package for any big name trade, but I do believe with Kevin Love's stock as low as it will ever be, they should be able to swindle him away for slightly below market value.

Avery Bradley, Amir Johnson, and a combination of two first round draft picks, (One Brooklyn pick, and future non Brooklyn pick) may get it done.

So you may be asking, why would the Cavaliers trade Kevin Love, they just made two straight finals appearances?

LeBron James doesn't need an All-Star power forward,  all he needs is a stretch-4. They can find that in Ryan Anderson in free agency. He would be a much better fit for the LeBron James' offense.  They would also be freeing up some cap space if they just waive Amir Johnson, then they can then make a run at whoever else they want in free agency. Pau Gasol and Dwight Howard could be options to bolster the Cavs front court and possibly workout a deal that can get them under the cap. (please, please, please, please let it be Howard)

They would end up being a much deeper team with a starting lineup of Irving, Bradley, James, Anderson, and Gasol/Howard. Tristan Thompson and J.R. Smith would be moved to the bench where he should be effective as a sixth man.  On top of that, the Cavaliers would gain back their first round draft picks they stupidly gave up for Timofey Mozgov. 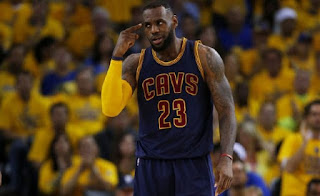 It makes sense for them to look to deal Love, especially since it is proven the chemistry between Love and James just ins't there. They need to face the fact that the Kevin Love experiment in Cleveland isn't going to work, move on, and #FreeKevinLove.