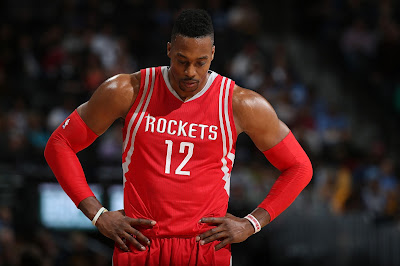 Mark Stein is reporting that the Celtics have secured a meeting with Dwight Howard and plan on trying to lure him to Boston.

After the NBA Draft debacle [see here] and now this Dwight Howard talk, I am starting to seriously concern myself with thoughts that Danny Ainge may have sold his soul in that Kevin Garnett/Paul Pierce deal and now is cursed. Someone call the Mormon Witch Doctor and send him over to the TD Garden ASAP. July 1st is only two days away.

There are a few free agents that the Celtics should absolutely steer clear of this off season. The Celtics have a ton of cap space which is great! However, the Celtics can't waste it all and be in cap jail next season with nothing to show for it.

Here are the top four free agents that Danny Ainge and the Boston Celtics should pretend don't exist for a few weeks. 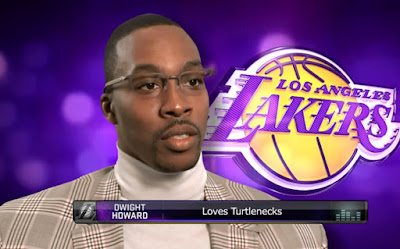 Dwight Howard will be an unrestricted free agent and a desperate enough team will probably offer this sad sack of what could have been a 3 year 60 million dollar deal. One can only hope that the Celtics and Danny Ainge don't get that desperate.

Dwight Howard is 30 years old. He is beat up and last year had his worst statistical season since his rookie year. Sure, he averaged a double double with 13 points and 11 rebounds per game, but he is now just getting paid for his name, not his game.

Howard would certainly fit a need in theory, but his antics and lack of actually caring about basketball would instantly be revealed on this Celtics team where caring and never giving up is everything. Howard is so far gone from his Orlando self that he should just change his name at this point. You would be investing 60 million in jersey sales to the casual Boston basketball fan, and then guaranteeing Brad Stevens a locker room issue at the first sign of struggle. It is absolutely not worth it.

Now, before you start saying that maybe an environment like Boston would help him re-focus and get back to what he was in Orlando... just stop it. You actually don't believe that. You are just so worried the Celtics won't be able to cash in on a big name Free Agent that you are settling for Dwight Howard. He would be a disgrace to the Celtics organization, and there is absolutely no chance he would be able to withstand this market. Do please don't even start with that. 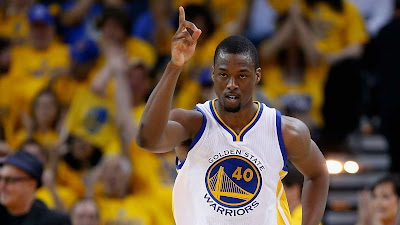 For some reason some Celtics fans are infatuated with Harrison Barnes. I understand on paper why he would be an intriguing risk/reward. He's 24, been to two NBA Finals and won one championship, he is a nice wing player, can shoot the three and is an alright defender.  If the Celtics were able to get him at a bargain and somehow snatch him away from the Golden State Warriors in restricted free agency then sure, go for it.

The issue is though he is being projected to make $20 million per year. In today's cap that's not outrageous but for this particular player the Celtics can't afford to miss. Barnes isn't a game changer, he is just a nice player. So Danny Ainge, just put that check book back in your pocket on this one.

Another reason I don't not want to sign Barnes, is he some how made it to the USA Olympic team. I looked it up, this really happened. Since the 1992 Dream Team when NBA players started to go to the Olympics, Harrison Barnes is by far the worst basketball player to ever go. This just so happens to be the same year that the ZIKA virus is running rampant. Maybe Rio has made a deal with the mosquitoes and every country is to bring someone to sacrifice to the ZIKA god's down there, and Barnes just may be that person. Seriously though, if you had to guess who would get ZIKA out of anyone on the USA Basketball team, how could it not be Barnes? 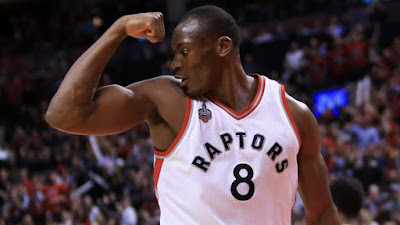 No, NO, and no. When you look at Biyombo's entire career he has been an epic disappointment except for one playoff series.  The fact that a guy who has never averaged double digits in any category other than minutes is going to make 12-15 mill per year is mind blowing.

He is a 7 footer that is 24 years old. He has never once showed the ability to score the basketball and besides the Eastern Conference finals for two games, he has never been able to be even an adequate rebounder. So good news, he's not old! If that is why you are paying him so much money, then we know there is a problem. Yes, there is a lot of money for the Boston Celtics to spend, but they do not have to waste money on a guy like Biyombo though. That is a very big difference.

If the Celtics  wanted an athletic, young, rim protecting big man, Ainge should have pulled the trigger on the Nerlens Noel trade on draft night. Noel, is still on his rookie deal and the Celtics wouldn't have to over pay him this season. Ainge is so desperate for a big man that he would throw money at Dwight Howard or Bismarke Biyambofire but wouldn't trade the Jaylen Brown pick... excuse me while I go watch videos of 2007 Kendrick Perkins in the dark and cry. 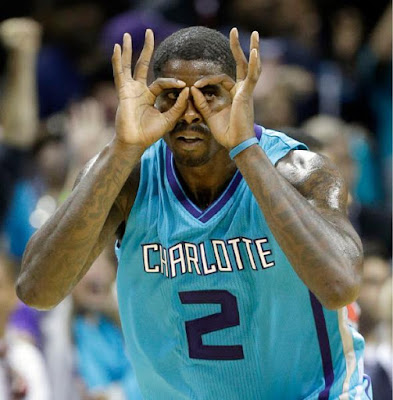 This is another player who's name has been floated  around as a player the Celtics may be in on. Marvin Williams had a solid year last year on the Marvin Williams scale, it was probably a 8/9. That is very impressive if Marvin Williams wasn't the 150th best player in the NBA. He can shoot corner three's, is a marginal defender, and went to North Carolina. He is completely average.

The Celtics need depth at the wing and any other year where a player like Williams will be making some where around 5 mill per year, I would say sure take a flyer on him but he will get 10+ mill a year. Even though that isn't an awful number in the salary cap era, I don't see why Boston would have to go that route in the first year that free agency contracts explode.

Nick Batum and Chandler Parsons are much better players and would be better fits in Boston if you are a going to spend money on a wing player. Also Jared Dudley and Mirza Teletovic would be intriguing cheap deals that could add depth to the wing. Williams will be paid like one of the best wing players in the free agent class, but he shouldn't even sniff that kind of money with Boston.