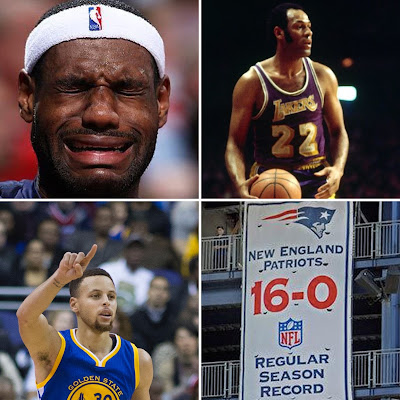 The long term significance of this NBA Finals match up between the Cleveland Cavaliers and the Golden State Warriors can not be overstated. Obviously, every year the Larry O'Brien Trophy represents the highest level of  basketball dominance and that is huge, but this year it means so much more.

This year's NBA Finals will define arguably the two most important legacies in the modern day era of the NBA.  The 2016 Golden State Warriors are on the brink of all time greatness if they can win the NBA Championship after having the best statistical regular season ever.  While LeBron James will look to exercise his NBA Finals demons and try to avoid losing three straight Finals.

Losing is not an option for either of these squads.  If the Warriors lose, they go down in history as one of the biggest disappointments in professional sports history, and James could go down as arguably the most disappointing superstar on the biggest stage.

The stakes are jacked up in this one. So who has more to prove or lose in what is going to be an epic NBA Finals showdown. 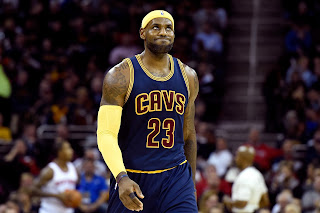 If James loses to the Warriors that would make give him a 2-5 record in the NBA Finals. This would also be his third consecutive loss in the Finals. As the "best player in the NBA," just making it to the the NBA Finals six consecutive years is not an accomplishment if you only walk away with two titles. On the contrary,  it would be viewed as an epic disappointment. So much so, that fans of the 1990's era Buffalo Bills are feeling a little better about themselves as they watch this unfold.

Not since Wilt Chamberlain, who finished with a 2-4 record in six NBA Finals appearances, has there been a generational talent and the best player in the entire league over a 10-15 year span to have such a difficult time winning in the Finals. If LeBron loses (2-5) in the NBA Finals he would move closer to Jerry West/ Elgin Baylor territory (Elgin Baylor is famously 0-8 and Jerry West is just 1-8). James could never be in the discussion of the best player of all time while being lumped in with this notorious group of Hall of Famers.

What makes it worse is that for the six consecutive years that Lebron has been in the finals (four with Miami, two with Cleveland) he has hand picked his team. He called all the shots when he went to South Beach with Wade and Bosh. He picked Cleveland because Kyrie is a budding superstar and made the organization go and trade for Kevin Love. He has zero excuses for falling short in the Finals so many times.

So if LeBron loses again... he would cement himself as the Best Loser in NBA Finals History.

Now if LeBron and the Cavs win this series, that changes the narrative drastically.  He then would be able to justify six straight finals appearances with three NBA titles. It's not perfection, but when looking back he is 1-1 against the Warriors and Spurs, arguably the two best organizations in the past six years. Also, imagine the way he would be viewed if he was able to stop the Warriors on this tremendous campaign. No one could stop Steph Curry and the Warriors, except for LeBron James.

Most importantly if LeBron James can pull it off, he would be crowned King of Cleveland for ever. He could then truly say he made up once and for all for "The Decision." He would have completed one of the best stories ever to be told in the NBA by returning home and ending a 52-year championship drought in Cleveland.

For LeBron James, this is the most important time in his NBA career. His claim to be in the conversation as the all-time greatest basketball player to ever play will be either validated or debunked depending on the outcome of this series.


Golden State Warriors: Biggest Bust of All Time or Best Team of All Time 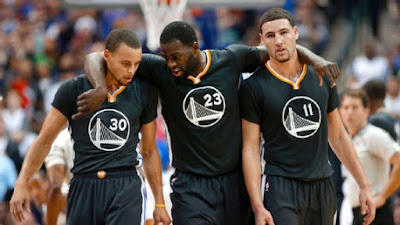 73 wins is impressive as hell. However, it doesn't mean a thing unless the Golden State Warriors win the NBA Championship.

The 2016 Warriors have the opportunity to win it all after an extremely impressive season. Not only the most impressive season in the NBA, but in all professional sports. If they win, they will be compared with the 95-96 Chicago Bulls, the 1972 Miami Dolphins, the 1927 New York Yankees, and the 1967 UCLA Bruins. They would have a seat at the table to be in the conversation as one of the best single seasons in any sport...ever.

This two-year run has been absolutely mind blowing if they can win back-to-back championships. They are 140-24 over a two year regular season span. THEY'VE ONLY LOST 24 REGULAR SEASON GAMES IN TWO YEARS PEOPLE! The only other team THIS YEAR to have lost less than 24 games were the San Antonio Spurs (67-15).

On the flip side, if they lose they will go down in history with Michigan's Fab Five, the 1980 Russian Hockey Team, and the 2007 New England Patriots... (that hurt my soul writing that). They will be compared to these teams that were clearly the best in the league but choked when it mattered the most.

The NBA Finals is always filled with drama, but this year there is way more on the line than just an NBA Championship. Legacies will be defined, or destroyed with the outcome of this series and it all will unfold right before our eyes in seven games or less.