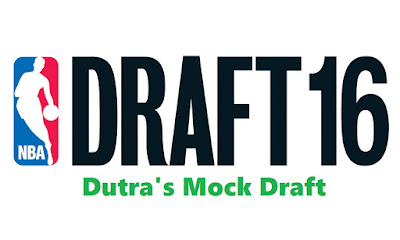 It is time for some speculation!!! Let's start pointing out all flaws of every great college and international basketball player that is dreaming to make it to the NBA! It's tradition!!

So this is my 2016 Mock Draft. If you think I am an idiot and want to tell me that I know nothing, I don't blame you. Luckily we have two Causeway Street Mock Drafts you can look at. Check back here later in the week for Sway's Mock Draft. We can then all laugh together while reading it.

Let's stop wasting time and get to it, shall we? 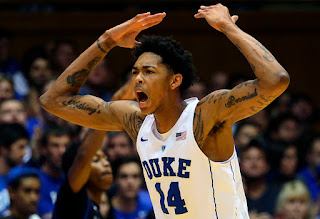 I sort of hope that Sixers takes Simmons over Ingram because the more I look at Simmons, the more I see bust and I think Philly deserves to whiff on every pick for the next 15 years. Ingram will be a franchise player in the NBA, so he's the first off the board in this mock draft. 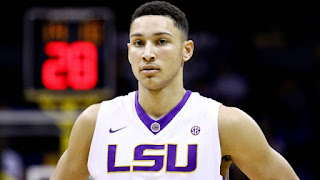 The former consensus number one pick falls to two. His attitude and work ethic are in question but his talent definitely not. He is a great talent and will probably be a star in the league but he signed with LeBron James' PR Firm which is a turn off. Also, he has the blankest of blank stares that I can't get over... (WHAT IS HE THINKING?!?!?! IS HE THINKING AT ALL?!?!? Maybe he'll grow out of it) 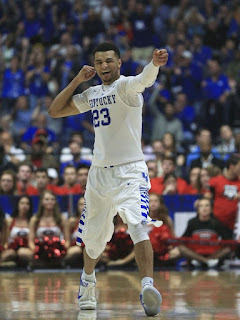 Here are the last four Kentucky guards to be drafted in the first round and their scoring average in their only year in college under John Calipari:

Pretty legit list right there. All of those guys are or will be All-stars in the NBA. Now what if i was to tell you that there was a freshman guard under John Calipari that averaged more than 20 points per game, more than any of those former first rounders, and would be available for the Celtics to draft at the third spot?

It's a NO BRAINER.

He is probably the most well-rounded scorer in the draft. He also has an NBA-ready frame at 6'5" and 210, he is basically a plug and play from day one. He can create his own shot off the dribble, has improved greatly as a scorer and is not a liability on defense. Murray has the talent to blossom into one of the top shooting guards in the league and fast.

If I had to compare him to a current day NBA player it would probably be his Kentucky Brethren and the aforementioned Eric Bledsoe. Murray is a better shooter than Bledsoe, but would definitely fit the mold of a combo guard that would thrive attacking the basket. Another comparison that will make Celtics' fans smirk is Chauncey Billups who ironically was taken at number three overall the last time Boston was in this position in the Draft.

(Thank God, Pitino isn't around to screw this one up.) 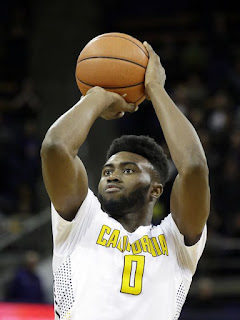 My biggest bust of the 2016 NBA Draft goes to Jaylen Brown as the 6th overall pick.

Why you may ask?

Well first off he can't shoot. It's not like he needs to develop a three or he's Andrew Wiggins, who can't shoot where he obviously is showing signs of improvement. He's like Rajon Rondo, can't shoot. Brown's jump shot is sort of like if Shaq and Andre Drummond's free throw release had a baby and that grew up and only watched game tape of Josh Smith shooting 3's.

Now, I will surrender that he is a great athlete. He can jump out of the gym and has really good measurable's. However some scouts actually said they think he is too smart to play basketball. That should be alarming right there.

Also, when you get a chance read this profile that was done by Marc Spears. Tell me he's a normal dude and will get a long great on any team... because you can't.

My colleague Sway seems to think the Celtics should take Brown at #3 overall but if I am the Celtics I stay away from this guy like the plague. 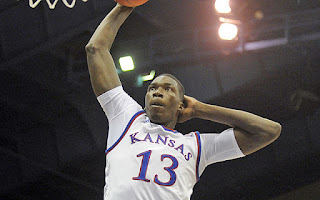 Cheick Diallo has been turning heads recently in the NBA Draft Combine and in private workouts according to NBA Scouts. The Celtics certainly aren't going to be looking at his stats as a reason to draft Diallo. He had remarkable averages of 3 points and 2 rebounds in 7 minutes a game with Kansas in his one and only season there. So why would I want the Celtics to Draft him here?

Diallo is a physical freak. He is full of energy, can block shots, can dunk like a mad man, and loves running the floor. He didn't get to demonstrate this at Kansas, and in hindsight probably wasn't the best decision to showcase his talents at such an established no nonsense program.

The fact is scouts are comparing him to a possible Ben Wallace-type of player. He will take a few years to mature, but the Celtics have plenty of time and a D-League spot with his name on it. Wonder how Danny will use all these picks, look no further than Diallo as a possible draft and stash and watch him develop up Interstate 95. 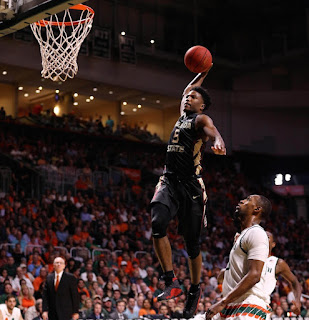 Malik Beasley declared for the NBA draft after his stellar freshman season at FSU. He averaged 15.6 points and 5.5 assists per game while shooting over 38% from deep. He's an absolute knockdown shooter and  has the potential to be a pretty good steal this late in the draft. Even though the last thing the Celtics need is another guard, it's no secret at all they need more scoring. At this point in the draft, Beasley is the best scoring option. He is also young enough if you need to give him some time to develop you can. 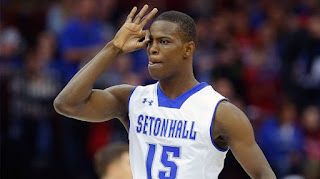 My sleeper of the first round of the draft can't be anymore sleepier falling all the way to the last pick. The Warriors will need to improve their bench depth with some of their veteran back up guards getting up there in age. Whitehead is a slick scorer that would fit perfectly into Steve Kerr's free flowing offense.

He is a 6'4" primary guard that has shown the ability to run the offense and score in multiple ways. He is a gifted ball handler and was a solid defender in college. At times he was the only offensive option in Seton Hall which hurt him at times, its safe to say if he lands in Golden State... well... he won't need to worry about that.