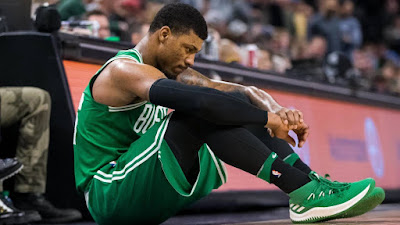 Celtics guard Marcus Smart posted a heartfelt message on Twitter to his late mother, Camellia, who lost her long hard fought battle with cancer on Sunday.

Smart, who took to social media on Monday night, had a special message in honor of his mother


"I feel like I'm suffocating and the person who helps me get through things [has] left me but I know [you're] in a better place with no more worries, no more hurt, no more sadness or pain," Smart wrote in a note posted to his Twitter account. "Hate to let u go but I thank god for allowing me to have one of his [angels] to call my mom."


Smart revealed to the media in April that 63-year-old Camellia had been diagnosed with bone marrow cancer, but that she insisted that he stay focused on Boston's playoff run, while Smart was returning from a thumb injury in the opening round against the Milwaukee Bucks.

Smart was essential in the Celtics getting by the Bucks, Philadelphia 76ers and helping the team reach Game 7 of the Eastern Conference Finals against LeBron James and the Cleveland Cavaliers. 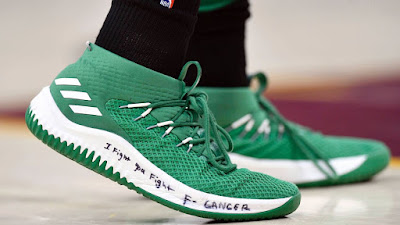 Smart often wrote "Mama's Boy," and "I fight, you fight," and "F Cancer," on his shoes for the rest of the postseason following his return from injury in Game 5 against the Bucks.

Smart, who signed a four-year, $52 million deal in July with the Celtics, had mostly spent the summer with his mother and focused on her health.

It was clear how close Smart was to his mother, when you read the words of this posted tribute

"Words can't express nor is there enough time in the world to tell u how much I love and miss u," Smart wrote. "So until we meet again I say R.I.P. To the strongest woman I know, Camellia Smart, my mom."

Smart's older brother, Todd, died of cancer at the age of 33 in 2004, when Smart was just 9 years old. Smart has started his own charity organization YounGameChanger Foundation, which strives to help young people with cancer in local hospitals.

May the thoughts and prayers of the Celtics and NBA community help comfort Smart and his family during this difficult time.