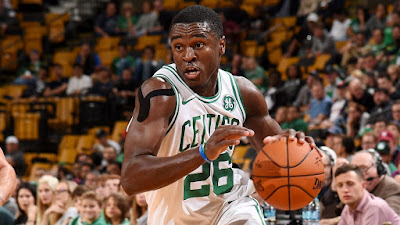 According to WBZ-TV, the Boston Police Department's Domestic Violence Unit is involved. Bird was taken into custody at St. Elizabeth's Hospital.


BREAKING: WBZ-TV I-team reports Celtics Shooting Guard Jabari Bird is under arrest and facing charges after an assault in Brighton last night. BPD Domestic Violence Unit is investigating. In a statement, Celtics say they are aware of the incident and are gathering information.
— WBZ NewsRadio (@wbznewsradio) September 8, 2018


"We are aware of the incident involving Jabari and are taking it very seriously. We are actively gathering information and will reserve further comment at this time."

Bird, who shined as a member of of the Celtics' Summer League team, earned himself a guaranteed contract this summer after coming off a two-way rookie contract last season.