Jabri Bird pleads not guilty as details of his arrest emerge 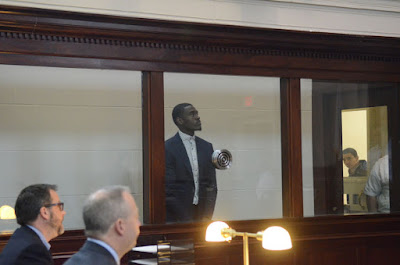 Bird plead not guilty to domestic assault, strangulation and kidnapping charges. According to Masslive.com, Bird is accused of assaulting his unidentified girlfriend in his apartment, where he allegedly kept her for four hours.

The assault included strangulation that led to unconsciousness and was followed by kicking before the victim locked herself in the bathroom and eventually left the guard's apartment.

Bird is accused of kicking her repeatedly in the stomach when she woke up. When she left, per the Commonwealth, Bird was in mental distress, so she left him in a safe place.
— Tom Westerholm (@Tom_NBA) September 13, 2018

Bird's bail was set at $50,000. He has also been ordered to stay drug and alcohol free and will dwell in his apartment in Brighton with Jaylen Brown's mother and high school basketball coach.

The Celtics released the following statement shortly after Bird's arraignment. 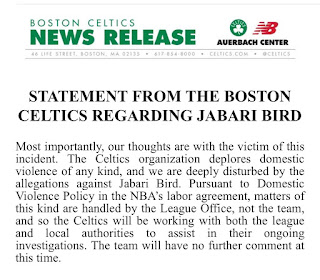