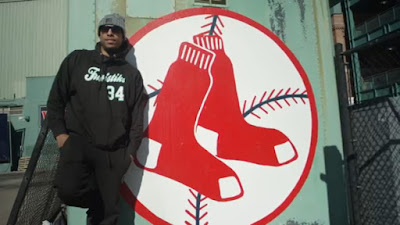 When you hear Paul Pierce's name, it's unequivocally synonymous with the city of Boston. Without a shadow of doubt he is what represents it's people and Celtics fans for the last 19-years. None of that was more evident than on Super Bowl Sunday when 'The Truth' made his last appearance as a player at the TD Garden.

Of course, if you haven't seen Pierce's last shot heard around New England or the NBA world by now, the Celtic legend not only chronicles his final game at the Garden as a professional basketball player, but he reflects on his trip to Beantown in the latest addition to his ongoing project, fittingly titled; "I Called Game".

The mini multimedia series on Derick Jeter's Players' Tribune website, is Pierce's way of documenting his 19th and final season in the national basketball association. In his newest post; "Always A Celtic" Pierce goes into detail on how Boston became his home when he didn't know what to expect, especially being a Los Angeles Lakers fan growing up in L.A.

The post includes a video of Pierce touring the city to such places as Fenway Park, Northeastern University (where the Clippers practiced) and the Strega Waterfront Resturant (one of Pierce's favorite Italian food spots to visit) among other areas.

During a quiet dinner at Strega's the night before the Clippers took on the Celtics, Pierce is asked by his wife on how he feels about his last game in Boston and how he wants it to end.


"It is what it is, it had to come one day," says Pierce. "I'm excited and nervous at the same time. This would be dream...start in the game, score a bucket, come back in at the end and hit a buzzer-beater or something."

Talk about almost being spot on, Paul. A deep 3-pointer and a Celtics win was more than perfect, to say the least.


"It was the honor of my life to put on the Boston uniform for 15 years." Pierce writes. "No matter how I was playing, Celtics fans always had my back, always pushed me to be better and always welcomed me as one of their own (even if I had grown up in L.A.)."

"Now I know what being a Celtic is all about. I lived it. Playing my last game in Boston was the end of an era for me, but it won’t be my last time back in the Garden."

Until then, enjoy the bone chilling video below of one of the best days in Boston sports history.