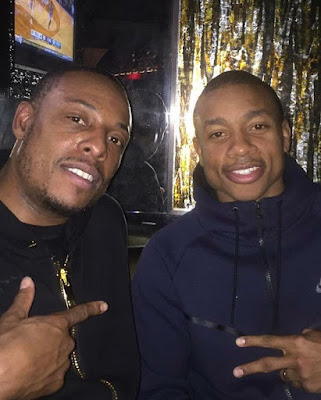 Celtics All-Star Isaiah Thomas found out on Friday that a future Hall of Famer thinks the 5-foot-9 guard has what it takes to an NBA title.

In a recent one-on-one interview with Boston Globe's Adam Himmelsbach, Paul Pierce commented on this season's Celtics team and called Isaiah Thomas a "champion-type of player."

The former Celtics captain said that he believes that Thomas, along with the intelligence and guidance of head coach Brad Stevens, have a chance to compete for a title one day.

A smile stretched across Thomas' face when he found out what the Celtics legend had to say about him.


"I didn't know that," Thomas said. "That means everything. From a first-ballot Hall of Famer, a Celtics legend, to say that about me, that means a lot. Like I always say, I don't care what anybody says but my peers and the people who did it before me. For a guy like that to say that, that's crazy."

In light of Pierce playing his final game at TD Garden on Sunday, Thomas added:

After his 38-point performance in Friday's win over the Lakers, Thomas is now averaging 29.9 points per game, less than one point away from Russell Westbrook's league-leading 30.8 average.

The last Celtics player to finish a season averaging 29.9 points per game was Larry Bird back in the 1987-88 season.