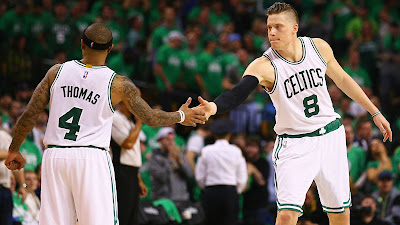 The Celtics are in another must-win game to stay in the series with the Atlanta Hawks. After dropping the first two games on the road, everyone knows it is imperative to win the next two on your home court. If the Celtics don't win tonight, coming back from a 3-1 deficit will be extremely difficult.

There will be a lot going on tonight, after what has been an extremely entertaining opening three games of the series. If the Celtics can play well as a team, then these three keys to Game 4 could push them over the top.

Millsap was the number one worry for the Celtics coming into this first-round series. However, he has been far from dominant so far. Millsap is shooting just 31% from the field and is averaging 8.7 points 8 rebounds and  1.7 assists per-game. Those look like Jared Sullinger numbers, not Paul Millsap numbers.

This is the same Paul Millsap that had 31 points against the Celtics in the final regular season matchup. The same Millsap that was an All-Star this year and some say is one of the most underrated players in the NBA.

So how have the Celtics been so effective slowing him down?

One reason is the stifling defense of Jae Crowder. He has had to play out of position against Millsap but has been extremely successful in disrupting his rhythm. It's definitely a gamble by Brad Stevens to go small and rely on the 6'6" Crowder to defend the 6'9" Millsap, however that shows the amount of confidence that Stevens has in Crowder's defensive ability.

Millsap has been on the floor only 17 minutes without Crowder lurking around him. In the time they have both been on the court, Millsap is just 8-of-28 from the field. He is only 1-for-12 outside of five feet with Crowder defending him.

So in a nutshell, Crowder has been able to lock down Millsap's go-to mid range jump shot and force him to play more down low. If this trend continues, it should be more of the same in Game 4 with Millsap putting in another pedestrian performance.

No Fighting or Flopping 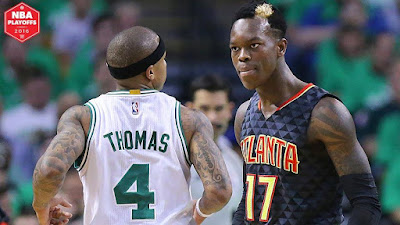 Even though the entertainment value is through the roof when you have guys going at each other, the Celtics can't get caught up in it.

The Isaiah Thomas vs Dennis Schroder back and forth last game was great to watch, but Thomas can't get wrapped up in it again. He was nearly suspended for game 4 due to the cheap shot he took on Schroder. The refs will be locked into that matchup, and if Thomas gets another flagrant foul, he could be watching Game 5 from the bench, and I don't think that I would need to explain how bad that would be for the Boston Celtics.

Marcus Smart was fined and put on the flopping list by the NBA. He will need to tone that down now that he finally has been disciplined by the league for what has become a habit for him. This is his first warning in the playoffs, and the fines aren't really where the problem lies. It's the fact that now, if he embellishes a foul like he is known to do once or twice a game, the refs may look the other way. 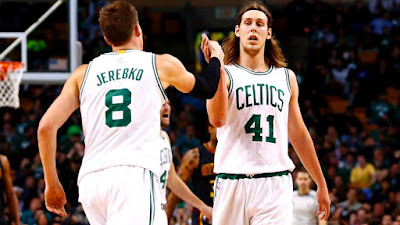 Could Jonas Jerebko put on a repeat performance from Game 3?

I am not expecting him to be an automatic double-double every time he starts but his number one priority is to space the floor. He was definitely a spark when he was inserted into the starting lineup last game. As long as he plays with energy, hustle, and knocks down a few shots, the Celtics can't ask for anything else.

The big debate here is whether to have Kelly Olynyk start if he deems himself healthy enough to play. He has been criticized by all for his apparent unwillingness to play through a sore shoulder. If he is not playing tentatively, it should be an easy decision for Stevens to give Olynyk the edge in minutes.