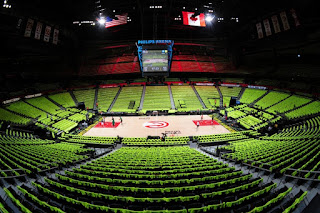 There are still a handful of questions surrounding the Celtics as they head into Game 2 of their Eastern Conference quarterfinals series against the Hawks on Tuesday.

Who is going to start for Avery Bradley? Should the Celtics attack the Hawks with a small-ball lineup or go with a bigger lineup to match Atlanta's Paul Millsap and Al Horford up front? What can the Celtics expect from Terry Rozier and R.J. Hunter?

The Celtics haven't defeated the Hawks since Nov. 13 -- since then, the Hawks have beaten the Celtics four times in four tries, including Saturday's Game 1 victory. On Nov. 13, the Celtics' big men made their presence felt -- Amir Johnson (17 points, 8 rebounds), Jared Sullinger (10 points, 10 rebounds) and Kelly Olynyk (15 points) all propelled the Celtics to a win. The C's also out-rebounded the Hawks by a large margin (50-35) and scored 50 points in the paint -- which certainly wasn't the case in Game 1 where the Celtics scored 36 points in the key.

Without Bradley's shooting threat, it's going to be hard for the Celtics to go small -- making Johnson and Sullinger very important. They combined for 14 rebounds in Game 1 -- that's not going to cut it on Tuesday. Defensive rebounding is crucial, Celtics have to take away second-chance opportunities and get their fast-break going early. One person who can certainly run the floor on fast-break opportunities is Tyler Zeller. With Olynyk out, Zeller will play in Game 2. Zeller, who is good at finishing around the hoop, is somewhat of a liability on defense but can score points while Sulliner and Johnson are resting.

However, coach Stevens could go Thomas-Smart-Turner-Crowder-Sullinger or Johnson towards the end of the game, which would be the ideal small-ball lineup. This all depends on how well the Celtics defend the paint throughout the night. 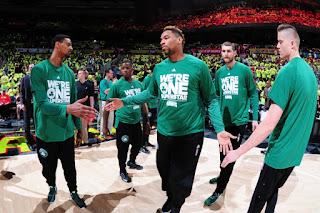 The Celtics lucked out when Paul Millsap finished with 14 points (6-of-11), 7 rebounds and 3 blocks in Game 1. Solid night for the Hawks' most valuable player but that's not going to happen again, expect a great night from Millsap in Game 2.

The Celtics have to improve their help-defense down low against Millsap and Horford. Also, the Hawks' pick-and-roll from the top of the key often lead to easy baskets for Atlanta's Jeff Teague and Kent Bazemore, much like they did in the final minutes of Game 1 when the Hawks ran away with a lead down the stretch.

Horford's 24 points and 12 rebounds crushed the Celtics on Saturday, especially when Atlanta's guards attacked the basket and found their big on the pick-and-roll. Celtics coach Brad Stevens may want to consider challenging Millsap and Horford to shoot the ball at the top of the key to prevent them from finding one of their guards in the paint. It's risky, but could pay off if Millsap and Horford can't find their jump shot. They're less effective shooting than when they are posting down low -- where both guys can score with their back to the hoop or find a cutting guard.

In order for Boston to create space to attack the basket, shooters like Isaiah Thomas and Jae Crowder have to hit shots from the perimeter. This will open the floor for Thomas to penetrate and find big men like Sullinger and Johnson down low for easy 2's.

One guard whose shooting touch helped the Celtics erase a 19-point deficit was Marcus Smart. After a cold shooting streak towards the end of the regular season, Smart surprised everyone when he scored 16 points on 5-of-10 shots, including 3-of-6 from deep in Game 1. Smart is the Celtics' most important defender and will most likely replace Bradley in the starting lineup.

The C's need Evan Turner to come off the bench to strengthen their second unit. Although he didn't shoot the ball well in Game 1 (4-of-13), he did other things like pulling down eight rebounds, dishing five assists and finished with 10 points. Turner isn't going to duplicate Saturday's shooting performance, with Bradley out, Turner is going to pick up the slack and give the Celtics the boost they need off the bench.

That's not asking for a whole lot from your first-round picks. Both of these guys have 30-plus regular season games under their belt, including 311 minutes (Rozier) and 315 minutes (Hunter), respectively but will be asked to do different things. Rozier can distribute the ball, defend a bit and is good at pulling down boards for a guard.

Hunter, who made a small cameo in Game 1, will be asked to knock down shots -- 3-point shooting will factor in to tonight's game. If he can knock a few down for the Celtics off the bench, it will help the Celtics momentum and spread the floor -- something the Hawks really want to avoid.