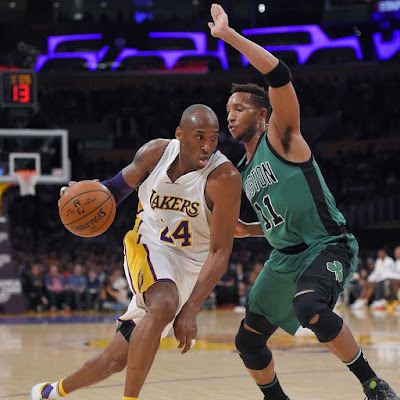 After abruptly exiting the game in the final minute of the Celtics' 107-100 win over the Lakers on Sunday, Evan Turner's status for Wednesday game against the Pelicans is still uncertain.

Turner suffered an injury to his right eye when when he was hit in the face while reaching for a rebound over Lakers power forward Julius Randle. Moments afterwards, Turner was on the floor holding his face before he left the court, headed towards the locker room and never returned.

After the game, Turner was seen in the locker room with his right eye swollen shut. He posted a selfie onto his Instagram account early Monday morning -- where he's seen closing his right eye that suffered the blow from Randle. 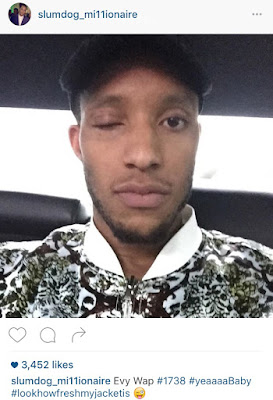 The Celtics issued the following statement:


"He was seen by Celtics trainer Ed Lacerte and Lakers team physician and diagnosed with a right eye abrasion and will be reexamined [Monday]," the Celtics stated.

Turner has been a vital piece to the Celtics' recent success. He averaged 19 points, 4.5 rebounds, 4.5 assists and 1.5 steals in back-to-back wins against the Warriors and Lakers. However, the Celtics will remain cautious as they gear up for the last five games of the season before heading into the playoffs.


Watch the video below to see how Turner sustained his injury on Sunday: