Brad Stevens Finishes 6th in Coach of the Year. Wait...HOW DID THAT HAPPEN? 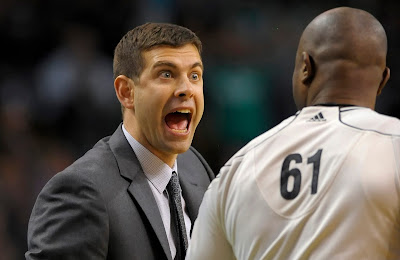 When Avery Bradley finished 4th in Defensive Player of the Year, Celtics fans were for the most part pleasantly surprised. When Evan Turner finished sixth place for 6th Man of the Year, some argued he was snubbed but there wasn't any real uproar. I was furious when Jae Crowder dropped to 6th in Most Improved Player, but still just chopped it up to stupid NBA media types.


However today, the unthinkable happened. Brad Stevens finished sixth in the NBA Coach of the Year voting. This is an absolute travesty of epic proportions and as Celtics Fans we should not stand for it!

So after all of the praise that Brad Stevens has gotten from NBA players, fellow coaches, envious fan bases, and all of the Boston media, the NBA released it's coach of the year results with head scratching results.

Brad Stevens finished 6th over all in the voting. This is not a typo. He finished sixth... which means there are NBA experts all over the country who think that there are five coaches who did a better coaching job this year than Brad. That is absolutely laughable. 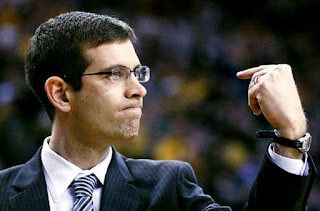 Steve Kerr won, and understandably so. The Warriors had the best regular season squad in 20 years. Even though he missed about a quarter of the season he should have still won, but how in the world did Stevens fall all the way down to 6th?

Stevens has done a masterful coaching job this year. Guiding a team that was on track to still be in full on rebuilding mode three years ago to back to back playoff appearances. He is doing this with out a legit superstar and getting the entire team to buy into his never say die attitude.

He is revered as one of the best defensive minds in the game, and has moved right up into the conversation for the best X's and O's coach in the NBA. He by far has taken this team, who by talent alone would be teetering on a playoff spot, to be a top five team in the Eastern Conference. 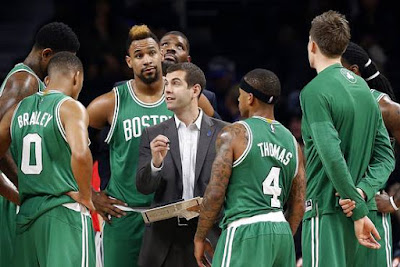 It is absolute RIDICULOUS that Stevens didn't get more love in the Coach of the Year voting. Here is a break down of how FIVE coaches had a better year on the bench than Good Ol' Stone Face Blue Eyed American Hero Brad Stevens.

Obviously, there is no explanation needed here. Kerr had the best team in a generation, I have no qualms with him winning.

Stotts is right there with Stevens as an up and coming coach with a team that had out shined it's preseason expectations all year. This is again fine, but this is where Stevens should have finished.

The 335 total votes should have been divided evenly between Stevens and Stotts. You can't even use the 'No All Star Excuse', we all know Damian Lillard is an All Star. Also, the playing out West excuse is garbage this year.  The East was much more competitive top to bottom that the Western Conference.

Stotts is a great young coach, so is Stevens but some how he had 261 more votes than Stevens and 32 more first place votes. HOW DOES THAT EVEN MAKE SENSE!

Just when you think Brad Stevens would be a lock to be in the top three, here comes Pop. Dammit Popovich! Can't you just one year move over and let some other coaches get some love? My solution to this is to just name the trophy after Pop and disqualify all who vote for him. He is the best coach in the league but also has the best overall team (arguably) in the league.  Also, he benches his best players in big regular season games and it's annoying as hell.

Here's where I start to lose my mind. Ok, I get the fact that these three may have edged out Stevens in the top three in Coach of the Year voting but the next two are just a mockery. 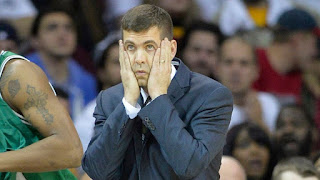 Ok, so before "The Steve Clifford did a hell of a job coaching those guys up this year people" come out of the wood work, look in the mirror and give your self an honest answer to this question.  Did he really out coach Brad Stevens?

The answer is HELL NO.

There is no potential free agent out there that is like, "You know what that Clifford guy is really making Charlotte an attractive destination." THOSE WORDS WILL NEVER BE UTTERED.

Even Michael Jordan, the owner and face of the Charlotte Hornets and the guy who hired Clifford, is on record to say that Brad Stevens should be coach of the year!! Do we need say more?

Clifford did a good coaching job in Charlotte and took a team that missed the playoffs and got them to the 6th seed in the East. Great Job. The fact that he received more votes than Stevens is still, unbelievable.

ARE YOU F-ING KIDDING ME?
DWAYNE 'I DO NOTHING' CASEY GOT MORE VOTES THAN BRAD STEVENS.

One could actually argue that Drake has had more of an impact on Toronto wins this year than Dwayne Casey this year. He did nothing but sub players inconsistently and let Demar DeRozan and Kyle Lowry get the team out of bad situations. Enjoy your 3rd straight first round exit. He literally may get fired if they get booted in the first round again, and yet he's had a better coaching year than Stevens. Just stop it.

Just a shame that the one of the most revered coaches, in by far his best year coaching would get screwed. I mean, is there any story like this one, out there about any of the other coaches save Greg Popovich? The answer is absolutely not, and the NBA media flat out got this one wrong.

Here's to the Celtics rallying around this snub of their fearless leader and crank out two straight revenge wins against the Hawks.

Coach of the year results courtesy of NBA.com