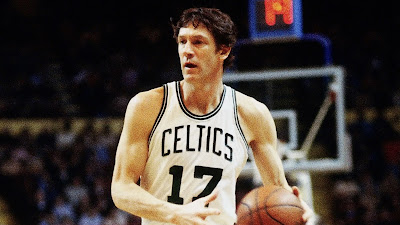 The NBA announced Tuesday that it's renaming Sixth Man of the Year Award to the John Havlicek Trophy beginning this season.
The Hall-of-Famer and Celtics icon, also known as "Hondo," was considered to be one of the league's greatest sixth men of all-time.

The @NBA's Sixth Man of the Year Award will now bear the name of the greatest sixth man the league has ever seen. pic.twitter.com/mEzb20CAFc


The Havlicek family released a statement via the Celtics Twitter page following news of the rebranding of the league's Sixth Man of the Year trophy.

"We are honored that the NBA recognized John's career achievements with this award. John defined what it means to be the ultimate sixth man, with his leadership and stellar play serving as the utmost example of effectively starring in a role for the betterment of the team."

Havlicek, who passed away back in 2019 at the age of 79, was an eight-time champion, NBA Finals MVP, 13-time NBA All-Star, along with 11 All-NBA Team and eight All-Defensive Team selections while playing his whole 16-year career in Boston.
Joel Pavón
Follow @Joe1_CSP