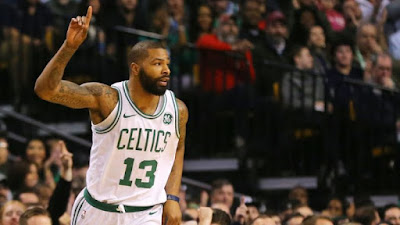 The Celtics could be without Marcus Morris longer than expected.

Morris, who missed the first eight games of the season due to soreness in his left knee, says he's been experiencing a different form of discomfort recently and plans to undergo a thorough examination on Tuesday, according to Boston Globe's Adam Himmelsbach.


Marcus Morris said this feels like something new with his knee. Wants to get it figured out tomorrow.
— Adam Himmelsbach (@AdamHimmelsbach) December 11, 2017


According to sources close to The Vertical's Shams Charania, Morris is expected to miss extended time and will be ruled out indefinitely.


Morris has been one of Brad Stevens' most efficient scorer in the front court this year, averaging 12 points while shooting 41 percent from the floor. He was inserted in Stevens' starting unit in 9 of the 16 games he's played this year.