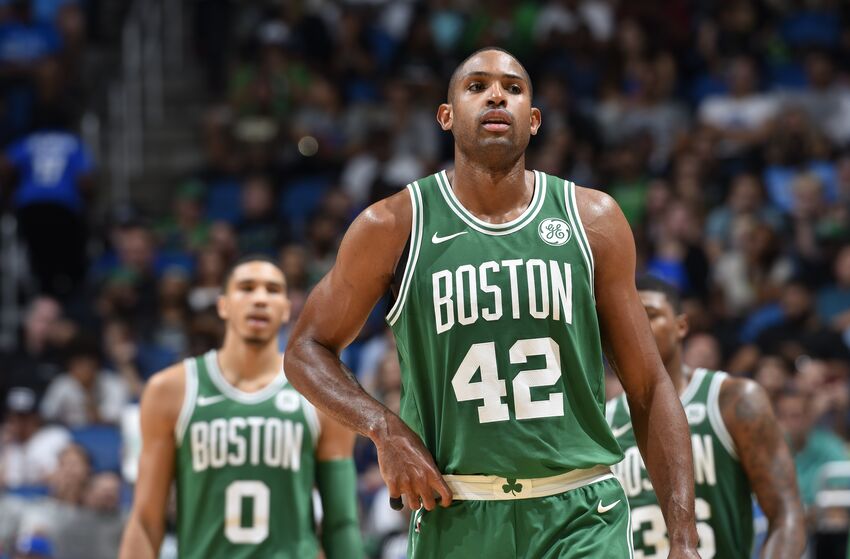 Al Horford's (concussion) status has been upgraded to 'questionable' by the Celtics for Friday's home game, according to NBC Sports Boston.


The Celtics have UPGRADED Al Horford (concussion) to questionable for tonight's game against the #Hornets.
— A. Sherrod Blakely (@ASherrodblakely) November 10, 2017

The Celtics forward took a hit to head in Monday night's win against the Atlanta Hawks and was placed into the NBA's concussion protocol, as the team announced he would be out indefinitely with no timetable on his return.

Symptoms began to flare up on Wednesday morning, when Horford woke up with a headache and by early afternoon and the Celtics immediately made him unavailable to play against the Los Angeles Lakers.

Here is video of when Al Horford got hit against the Hawks. He will miss Wednesday's game against the Lakers as part of the NBA's concussion protocol pic.twitter.com/2eU06mhgnR
— NBC Sports Boston (@NBCSBoston) November 8, 2017


Though his current symptoms didn't appear to be as serve as the concussion Horford suffered a year ago, where he sat for nine games, the Celtics planned to approach the situation with caution.


“I don’t think this is as bad of a concussion he had last year, but with concussions you have to be really cautious,” said Ainge. “The symptoms got a little worse over the course of a couple of days. … We’ll just take it day to day. I don’t think it’s as bad as the last one, so hopefully he’ll be back soon.”

While Kyrie Irving has gotten off to a great start as a Celtic, it's no secret that Al Horford has been a huge reason for the point guard's early season success. Ainge admits Horford has been better than he anticipated after signing him to a four-year/$113 million contract in the summer of 2016.


“I’ve compared him to [Kevin Garnett] before, even though the personalities are different. They’re unselfish and willing to do so much, and the ability to do so much. Mostly they’re a talent, but they completely buy into the team. They don’t care anything about stats, just winning basketball games and the success of their teammates. He’s just been a great, great player for us since he came here."

Ainge believes Horford has been comfortable in his role since midseason of the 2016-17 campaign and has thrived ever since. Being a leader for the Celtics is why Horford and Irving have found chemistry, along with Brad Stevens system.


“Al just knows how to play. He can read the defense and the game comes easy for him. Kyrie, it’s like watching a beautiful dancer out on the court. He does things you can’t teach,” said Ainge. “They know each other’s games because they just have a natural instinct, both of them. Al and Kyrie are magical on the floor sometimes.”

The Celtics will look to extend a 10-game win streak with or without Horford against the Hornets on Friday night at the TD Garden.