Isaiah Thomas on facing the Wizards: 'I can't sit this one, I know what's at stake' 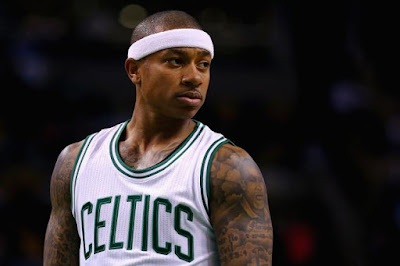 While the Celtics traveled on a a mini two-game road trip, Thomas spent the weekend rehabbing his knee while also getting plenty of rest.

Was it ever a question if you were going to play against the Wizards?


"It was a question for other people," Thomas said with a smile. "I can't sit this one. I know what's at stake, I know it's a big game for us. I did a lot of treatment to be able to play tonight, making sure I was in that training room and getting right."

When asked, 'how badly do you want to head into the playoffs as a one or two seed?', Thomas replied:

The Wizards enter Monday's game 1.5 games behind the Celtics for the No. 2 seed in the east. Although Thomas believes it's very important for the Celtics to take care of business at home, he also knows his team can't get caught up in changing its game plan.


"It's a big game," Thomas said. "We gotta just take care of business the way we know how, take care of home court and we can't think of it as -- just cause it's against the Wizards we want to play a certain way -- we just gotta play our brand of basketball and we'll be alright."