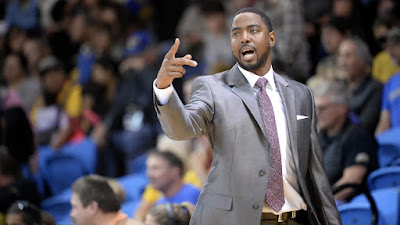 Ime Udoka has added yet another coach to his staff, as the Celtics reportedly will hire Golden State Warriors assistant of player development Aaron Miles, according to Jake Fischer of Bleacher Report.
Another Portland, OR native, Miles was head coach of the Santa Cruz Warriors of the G-League before getting the call up to join Steve Kerr's bench over the past two seasons.


Miles will be a crucial piece in nurturing the Celtics roster's young talent such as Grant Williams, Romeo Langford, Payton Pritchard and Aaron Nesmith. With the departure of longtime assistant coach Jay Larranaga, Jaime Young along with Scott Morrison and Jerome Allen, the Celtics have quickly brought in fresh voices and former players that have been well known around the league.
Marc Spears of The Undefeated, also reported that fellow Portland native Garrett Jackson will join Udoka on the sidelines as another addition to the Celtics coaching staff.
Jackson, 29, retired from playing professionally in 2018 after stints overseas in Australia and Germany.
Following the hiring of Will Hardy, Damon Stoudamire and now Miles and Jackson, Udoka's staff is coming into shape as a young and vibrant group of coaches with plenty of NBA experience.
While Miles and Udoka were teammates at Fort Worth of the then D-League, Miles would later play for Golden State during the 2005-06 campaign prior to getting cut by the Trail Blazers, where Udoka claimed the final roster spot before the start of the following season, per The Athletic's Jared Wiess.
Joel Pavón
Follow @Joe1_CSP