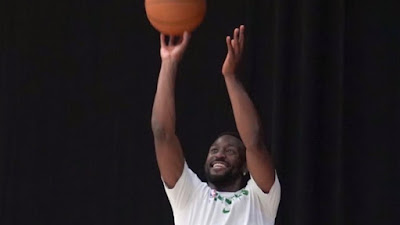 The Celtics "get Kemba Walker healthy" plan has continued, as the All-Star point guard was held out of practice on Monday for the second straight day.

Despite hitting nine 3-pointers in a row following the team's second "hard practice" with a left knee brace, Walker hasn't participated in a full practice since the Celtics arrived at Disney World in Orlando last week.

Brad Stevens spoke about Walker's status so far and their plan to slowly get his starting point guard physically ready prior to the NBA restart in the upcoming weeks.


"He had a little bit of discomfort after the individual workouts," Stevens said Monday. "He feels better than he did in March. But even with the small discomfort, we wanted to take four days and ramp it up appropriately. His health is the most important."

Walker was also held out of practice on Sunday, but will look to return to practice with his teammates on Wednesday following the Celtics' off day tomorrow.


Stevens exact words were: "Kemba will do much more on Wednesday".
— Keith Smith (@KeithSmithNBA) July 13, 2020


Stevens admitted on Saturday that Walker would "most likely" be put on a minutes restriction to help strengthen his knee, when the Celtics tip-off their eight "seeding games" schedule against the Milwaukee Bucks on July 31, so there won't be any setbacks come playoffs.

Walker in his first campaign with the Celtics after signing a four-year, $141 million deal last summer, is averaging 21.2 points, 4.9 assists and 4.1 rebounds. Despite being one the league's more durable players, the 30-year-old has missed 14 games this season - mostly due to draining his left knee.