C's Focus on Howard & the Rockets 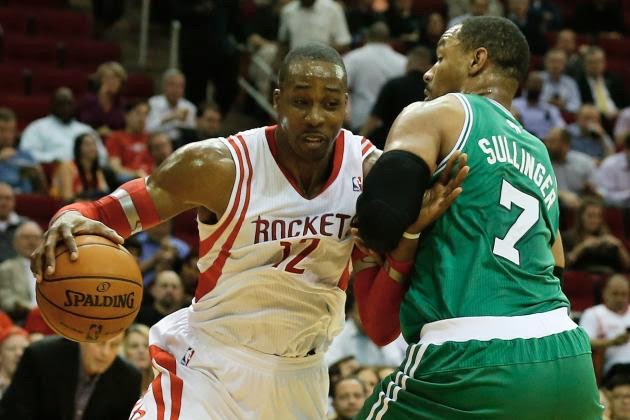 The Celtics have had a few days to not only enjoy Wednesday night's home opener with a win, but to get back to work and figure out how they can get their second victory of the season over the Houston Rockets tonight at the Toyota Center.

Boston beat the Nets 121-105 three-days ago without having to worry about Brooklyn's best scorer; Brook Lopez in the middle (was out due to a foot injury). This time around they face probably one of the only 'true centers' left in the league, and arguably the best post-up player in the game in Dwight Howard. If the Celtics are going to have a chance tonight, their top priority is to limit Howard's touches in the post, and keep him off the boards on the other end.

That's going to be easier said then done.

"I think you just have to defend a guy of that caliber as a committee," said Celtics coach Brad Stevens. "There's got to be multiple people at different times of the game. On the other end, I think it's best not to challenge him when he's standing right in front of you right at the rim. I think you just have to space the floor, utilize fakes, utilize your teammates around you, and move teams like that." [Boston Herald]

With Howard's athleticism and his ability to run the floor more like a quick forward, he has more advantages than those who are still considered traditional center these days (i.e Marc Gasol or Roy Hibbert)

On Wednesday Stevens admitted he got caught trying to defend Brooklyn's small-ball lineup with a similar one of his own in the second half when the Nets made a small run to cut into the Celtics' lead. That was why Tyler Zeller was limited to playing only six minutes on the night even though he scored six points in that short period, he should have seen more time on the floor.

"I should have played Tyler Zeller in the second half and I didn't do that," explained Stevens." "Because I was trying to match up with the [Nets] because I was worried about the 3-point shot, because that was the only way, I felt they could get back in it. And we still didn't guard it, so I should have just played him." [ESPN Boston]

Last season Stevens and the Celtics saw Dwight Howard twice, both times ended in a lost but there were major differences in how they defended the big man. In the first meeting on the road Howard only attempted four shots, while making three of them, but Howard finished with 12 rebounds to Boston's total of 14 for the game. The second meeting ended with Howard going 11-of-16 from the field for 32 points and grabbing 10 boards.

The only way to contain the 6-foot-11 veteran and keep him out of Houston's offense is to control the amount of touches he gets the best way you can. 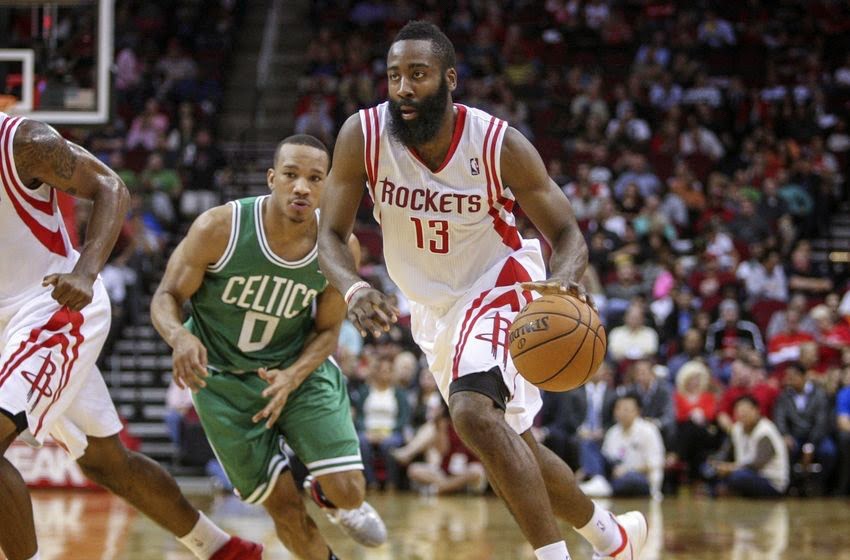 "Just try and limit his touches," said Jared Sullinger, who had to bang around in the paint to try and stop Howard last season. "You just go out and make his touches difficult, try and push him around as much as possible, no easy layups, no easy lobs." [Boston Herald]

This season Boston will have a little more size to defend Howard in Zeller and Kelly Olynyk instead of an undersized Kris Humphries and Sullinger who handled most of the load at center when they faced the Rockets a year-ago. The idea is using their length to help alter shots instead of Howard jumping over smaller defenders.

"A lot of other centers don't get the ball like Dwight does," Sullinger said. "He's a post-up player and you hardly ever see that in the NBA nowadays. You've just got to get used to it and get ready to play." [Boston Hearld]

Houston's offense doesn't only go through Howard, they also have great perimeter shooters like James Harden, Trevor Ariza, Patrick Beverly and even former Celtic Jason Terry who are all threats, if Stevens decides to double team in the low post. The Rockets are shooting 46.4 percent from behind the arc so far this season. So the C's have to pick their spots if they double and leave one of the aforementioned players wide open.

The Celtics will have their work cut out for them tonight, when they tip-off beginning at 8PM. Should be a good one in H-Town.