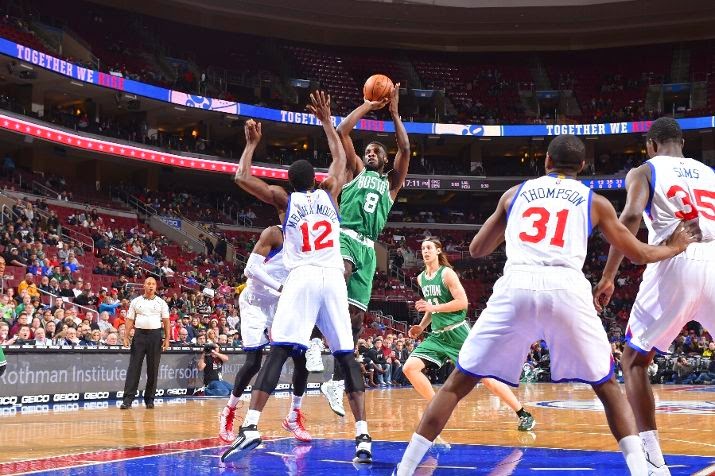 Philadelphia - The Celtics were well aware that they couldn't come into the Wells Fargo Center expecting a guaranteed victory. Despite the 76ers losing their first 10 games, Boston had to pull together and play as a team, especially in the fourth quarter to snap their three-game losing streak. After a low-scoring first half the C's held on to win, 101-90 Wednesday night, extending the Sixers win-less streak to 11.

Brandon Bass, who was averaging 6.7 points in 16.6 minutes per game, finished with a season high 23 points in 32 minutes off the bench to lead all scorers in the Celtics win, giving the Sixers another home loss.

Jared Sullinger scored 18 of his 22 points in the second half, while grabbing nine rebounds. Rajon Rondo recorded 13 assists along with nine points. Marcus Thornton added 13 points off the bench and Jeff Green finished with 11 points and 10 rebounds in the Celtics win that have them now at 4-6 on the season.

"I was really lucky to be raised in coaching from a standpoint that every win is a difficult thing to do," said Boston coach Brad Stevens. "We don't look at them as a winless team; we look at them as a team that beat us three times last year."

Tony Wroten led the Sixers with 21 points off the bench. Henry Sims chipped in with 14 points and seven rebounds, and Michael Carter Williams added 11 points in a losing effort. 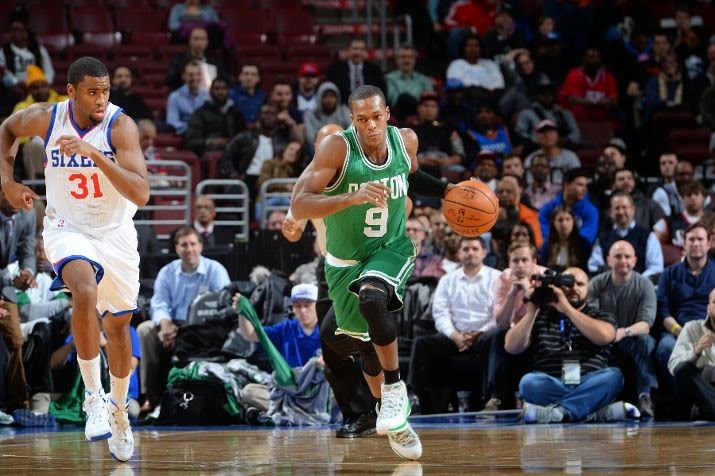 Philadelphia finished the first quarter leading 27-22 before Boston came back and it was all knotted up at 46 apiece by halftime. The Celtics went on a 7-0 run in the third after a Rondo alley-oop to Green and a no look pass to Avery Bradley for a 3-pointer. It seemed like the C's were going to run away with the game, until Wroten hit a running 38-foot 3-ball at the buzzer to end the quarter and cut the lead 73-68 and give the home fans hope.

But the Celtics continued to run with Rondo on the bench to open up the fourth and had their biggest lead of the night, 79-68 with 10:21 left. Philadelphia never overcame the double-digit lead as Boston stepped on the gas. Bass scored 11 points in the second half, while Sullinger added 11 in the last 12 minutes alone, included a dagger straight on 3-pointer that officially put the game out of reach with 1:55 left to go.

"The best part about tonight is the way we played when things got stressful," Stevens said.

Boston entered Philadelphia the third-worst in the NBA in points allowed at 109.4 per game, and in their recent three-game skid were allowing 116.3 points. The Sixers were held to only 90; a season low for the Celtics.

The C's look to make it two in a row as they travel to Memphis to face the Grizzles, who own the league's best record at 10-2. Tip-off is 8 on Friday night.

The Celtics bench outscored the 76ers 43-39, and both teams committed 15 turnovers, while Boston won the battle of the fast break points 24-18.