The Celtics will be facing some of the league's best teams throughout the month of November. It won't be easy. But by the end of the month, the Celtics should start winning a collection of games in December to even out their losses. Take a look at some of the teams Boston will face this month: 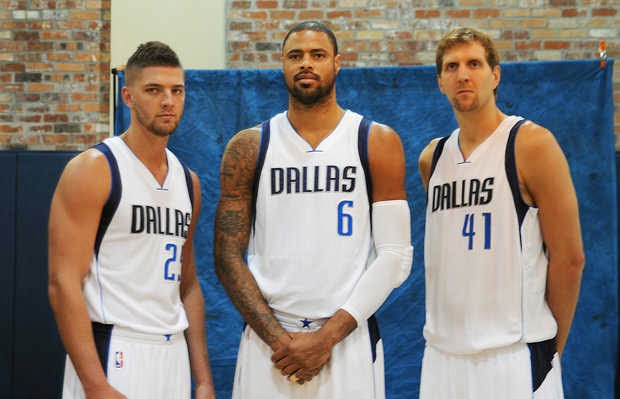 The Mavericks added players over the summer that will make them contenders in the Western Conference. Tyson Chandler was traded back to Dallas from New York and came along with Raymond Felton. Chandler is still one of the best shot blockers in the league and Raymond Felton gives Dallas added depth in the backcourt coming off the bench with Devin Harris and J.J. Barea. They also added Chandler Parsons, one of the league's best up and coming shooters.

Celtics will have their hands full tonight. However, the C's will put up a good fight. While Dirk Nowitzki is still a 20-point scorer in this league, he doesn't score down in the paint, which is where Celtics' defense struggles most. This is a great test for Sullinger but he has to stay out of foul trouble. Dallas' backcourt is stacked with offense but Avery Bradley, Rajon Rondo and Marcus Smart will be up for the challenge. However, they have to keep a close eye on Monta Ellis. If he really gets going, it could be a long night. 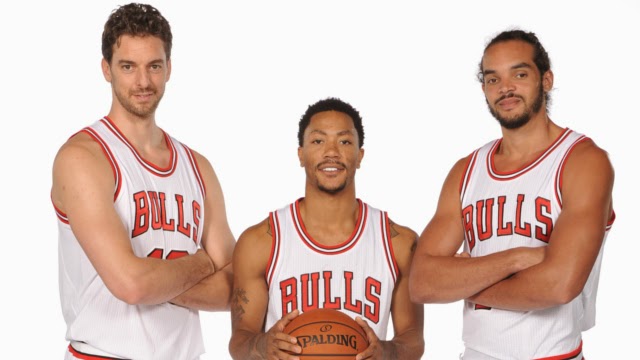 Rajon Rondo vs Derrick Rose. It's been a long time coming. These two have had some great battles. After two seasons of battling injuries that have kept them off the court, the two point guards will duel it out. Rose, who recently sprained his left ankle, sat out in a game against Minnesota over the weekend but is expected to return tomorrow night against Orlando. The return of Rose and the addition of Pau Gasol have made the Bulls Eastern Conference contenders. Bulls have a chance of heading to the Finals in June, but Rose will have to stay healthy.

Bulls' inside presence will make things very tough for the Celtics. Joakim Noah, who's probably the best big man defender in the league, will force the C's to shoot the ball. The 3's will have to fall in this one. But this team is much easier without Rose. There is a slight chance Chicago will continue to take caution and give Rose the week off. If that's the case, there's no reason why the Celtics won't be able to steal one in Chi-town. The Minnesota Timberwolves were two points away from an upset over the weekend against a Rose-less Bulls team. 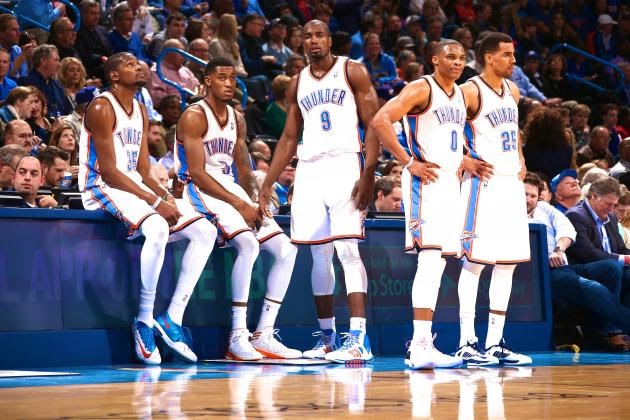 Oklahoma City returns with pretty much the same roster they had last season in hopes of making the Finals in June. But October was very, very cold in Oklahoma City this year. Kevin Durant, last season's MVP, suffered a fracture in his foot that will keep him out for 4-6 weeks. And just last week, Russell Westbrook broke a bone in his right hand that will keep him out for a month. The Thunder were already experiencing injuries in the backcourt when they lost guards Reggie Jackson and Jeremy Lamb. Now coach Brooks has been forced to search deep into his bench and has former Celtic Sebastian Telfair calling out plays at starting point guard. The season isn't lost for OKC, but it will get chillier throughout the month of November until Durant comes back.

Can we say this is a definite win? No, but I really want to. At TD Garden, the Celtics couldn't miss a shot last Wednesday. We can't think that's going to happen every home game but against a Durant-Westbrook-less Thunder team, Celtics have a good chance of getting a win. Telfair versus Rondo. It'll be like a 2006-07 Celtics practice in Waltham, back when Rondo knew he was the better point guard who should have been starting- Rondo was right. 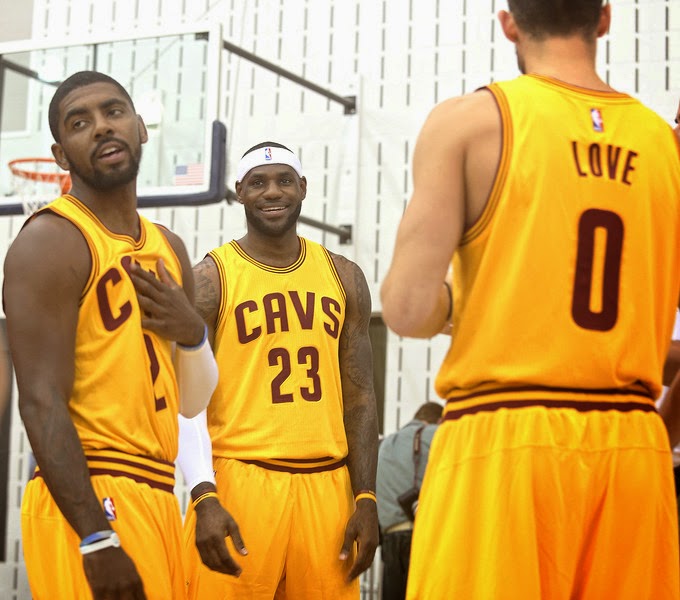 When LeBron James decided to head back to Cleveland, the Cavs were instant contenders in the Eastern Conference. Fans in Boston were still hoping Danny Ainge could come to an agreement with Minnesota over Kevin Love (so was I) until Cleveland stepped in and executed the second half of their plans of putting together a new Big 3 in the East. Kevin Love in Cleveland alongside James and Kyrie Irving puts them in the Eastern Conference Finals. They also added free agents Shawn Marion and Mike Miller. It will take some time for this team to gel but once they do their offense will be enough for them to be a powerhouse in the league.

Jared Sullinger had one of the best games of his career against Kevin Love. Last season at home, Sullinger put up 24 points, 11 rebounds and 5 steals against Love and the Timberwolves. And after all the trade rumors over the summer, it's safe to say Sullinger will bring his A-game in this one. Jeff Green and Evan Turner will take turns defending LeBron James. Green has had big games against LeBron, I predict him to have another one. Rondo versus Irving will be a fun matchup. Rondo won't make it easy for the young point guard. Cavs may walk away with a win after this game is done but it will be a nail-biter.

Portland is a team that will be relevant in the Western Conference for the next few years. Young all-stars LaMarcus Aldridge and Damian Lillard have become two of the best at their positions. They don't have the strongest bench in the league but their starting lineup is one of the best. Nicolas Batum and Wesley Matthews complement their all-stars very well because of their shooting range. They're also consistent double-digit scorers, giving Portland four players in their starting lineup who average double-digits. If this team were in the Eastern Conference they would have been in the Eastern Conference Finals in the last two or three seasons. Portland hopes this is the season they finally reach the Western Conference Finals.

Last season, the Celtics played well against Portland but came up short in both games. Things fell apart in the fourth quarter both times and the Trail Blazers were able to slide away with a victory. LaMarcus Aldridge was their go-to guy in the fourth and he will be again this season. C's will have to run Portland out of the gym if they want to win this one. If the Celtics can score over or close to 110 points they can win this game. And after what we saw last Wednesday against Brooklyn; it is possible. If not, look for the Trail Blazers to pull away with another fourth quarter takeover. 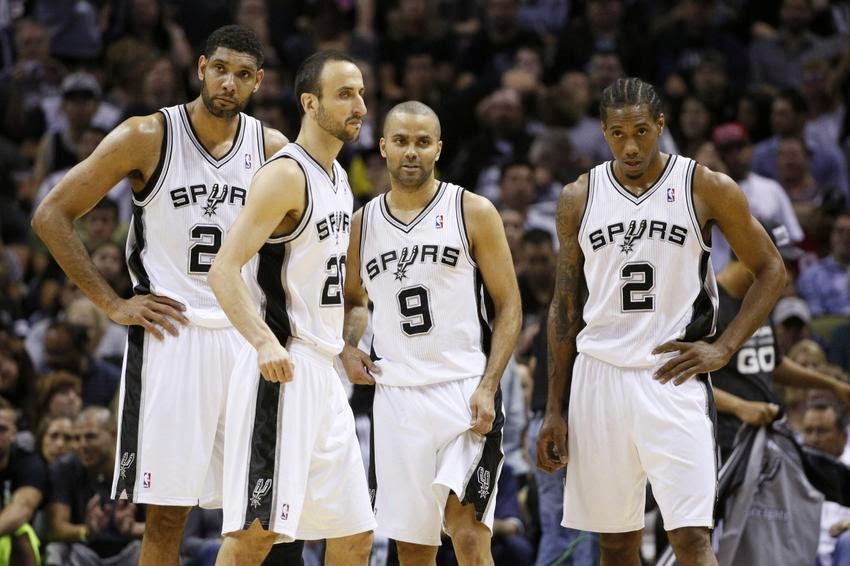 The defending champion Spurs are returning with the same team we saw in June. Their defense is one of if not the best in the league which leads to their explosive offense. They have six players who averaged double-digits in points and two player who averaged just under 10 points per game last season. Kawhi Leonard, who isn't an all-star and averaged 12.8 throughout the 2013-14 season, was last year's Finals MVP. This goes to show you that almost any player on the Spurs can get going. Spurs have a good chance of competing for another NBA title.

The Celtics will learn a lot from this game. Coach Brad Stevens will probably be using this game tape as an example of how to play team defense because it's part of their game that the C's have to improve. Celtics could make this game interesting but in the end expect the Spurs to beat the Celtics and give them a lesson worth learning.

The light at the end of the tunnel will look very bright in December. The schedule eases up and the Celtics will be focused to string together some wins. For a young team with talent, playing the tough teams now is very beneficial. This team will learn a lot this month. And by January if this team is a .500 club, consider it a good thing. A .500 team is a playoff bound team in the Eastern Conference. And by mid-season, I predict the Celtics to be knocking on that door into the playoffs.