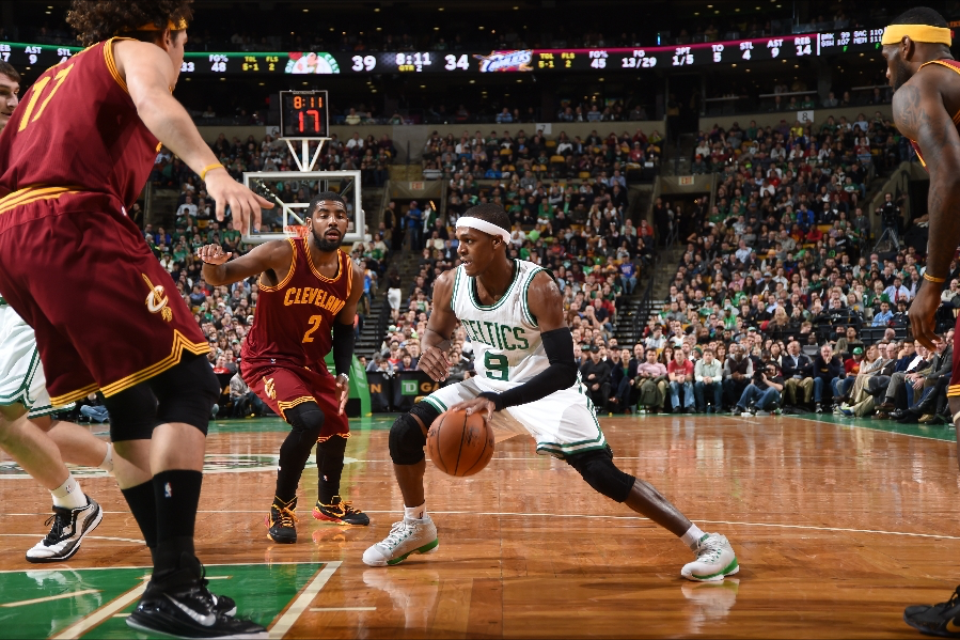 Boston - For a brief moment it felt like old times at TD Garden. A great home crowd watched their Celtics beat up on LeBron James and the Cavs during a scoring outburst in the third quarter, only to let a double-digit lead lead slip away once again. Kyrie Irving's 15 points in the final 12 minutes helped put away Boston for good in a 122-121 Cleveland victory Friday night.


James returned to Boston in a Cavs uniform for the first time since he lost to the 'Big-Three' in the Eastern Conference Semifinals back in May of 2010, what was believed to be his very last game as a Cavalier. Now he's back in a second go-around with his hometown team as the former MVP led all scorers with a season high of 41 points (10 in the fourth) on the evening. His new sidekicks, Irving finished his night with 27 points and Kevin Love added 12 points and 15 rebounds for Cleveland's third straight win.

Boston had jumped out to a 19-point lead to start the fourth quarter, the Cavs held the C's to just 20 points in the period after allowing 42 in the third.

"We gave up a 40-point third quarter and that's unacceptable if we want to grow," James said. "But we showed growth in the fourth quarter."

"That was quite a homecoming," said Cleveland coach David Blatt, who grew up just outside of Boston. "I thought [the Celtics] played great for three quarters and we waited a long time to get it in gear defensively." 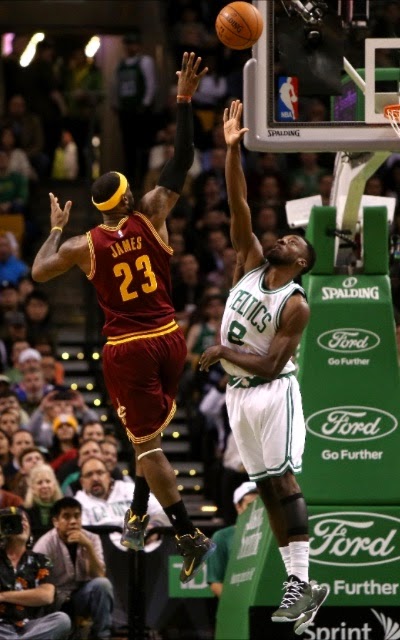 Both teams were tied at 59 by halftime, Celtics led for most of the first 24 minutes. By the start of the fourth quarter, Boston had their biggest lead of the night at 103-84, before Kyrie Irving scored the next 13 of the Cavs' 15 points, cutting the C's lead to 107-99, with just under 9 minutes to play. Cleveland grabbed their first lead in the second half when James' three-point play put them up 120-118, with 1:11 remaining. Boston then tied the game on free-throws by Sullinger (1) and Green (2).

The Celtics elected not to foul when Irving missed a running layup, and Avery Bradley (12 points, 5 boards) grabbed the rebound and called timeout for Boston with 7 seconds left. Rondo, on a last attempt to win the game lost control of the ball at the top of key while trying to get a shot off before the final buzzer, and it was too late. Game-over.

"We had a couple of different options, Celtics coach Brad Stevens said. "[Rondo] had a good match-up, but Joe Harris did a nice job on him."

The Celtics haven't been able put together four-good quarters of basketball, especially when it comes to having double-digit leads. They missed a great opportunity to grab a win against a team of the Cavs' caliber that is still searching for their identity early in the season. Through three quarters the C's only committed seven turnovers, in the fourth alone they committed another seven for a total of 14 on the night.

Boston (3-5) will have a chance to snap their two game losing streak when they take on the Phoenix Suns (5-4) at the Garden on Monday night. Tip-off is at 7:30 PM.

Despite the loss, Boston shot nearly 55-percent from the field to Cleveland's 50-percent. Rajon Rondo has officially passed Paul Pierce for fourth on the Celtics' all-time assist list. Marcus Thornton returned to the C's lineup after missing Wednesday night's game against OKC due to a sprained right ankle; the guard finished with 12 points off the bench. LeBron James passed former Celtic Robert Parish for 24th on the NBA all-time scoring list.

For a look back at some of LeBron's significant games vs the Celtics over the years: click here.