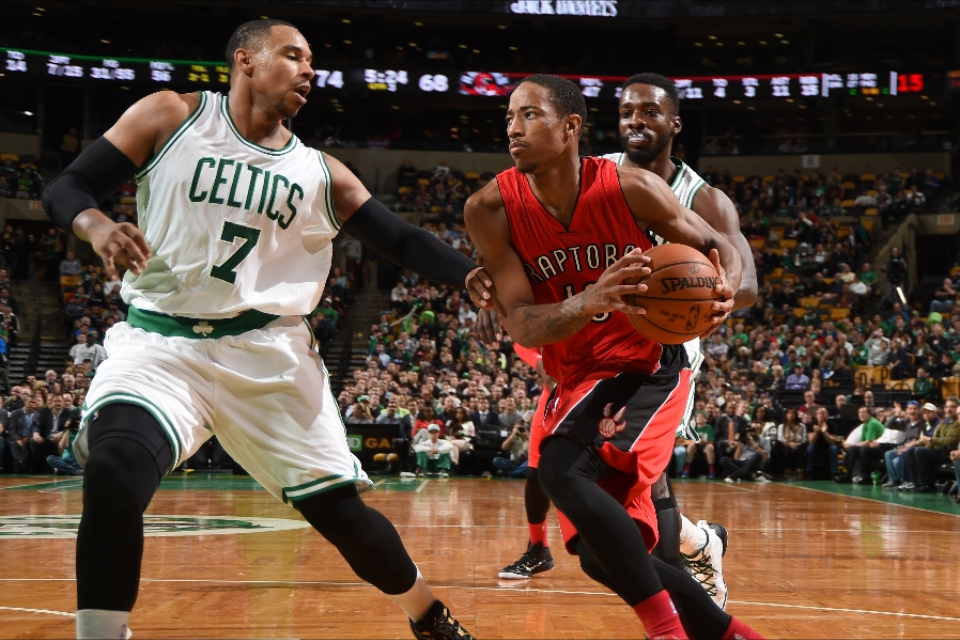 Another close game, yet another loss for the Celtics as they fall 110-107 to the Toronto Raptors at TD Garden. The Celtics sink to 1-3 with the defeat tonight and are having a lot of trouble playing a full 48 minute game.

Its hard to imagine how the Celtics lost this one tonight. Six players, included the whole starting lineup scored in double figures while Kelly Olynyk, and Jared Sullinger notched double-doubles.

Jeff Green led the way with 20 points, while Bradley added 16. Oh and Rajon Rondo also added his own triple-double, putting up 13 points, 15 assists and 10 rebounds.

HOW DID THEY LOSE??

The Raptors were able to capitalize on the Celtics mistakes and inexperience then mounted a comeback to show why they won the Atlantic Division last year. Kyle Lowry dominated scoring 35 points and was key to the second half pounding by the Raptors.

The 28th turnover came when game was tied at 105 apiece, and Marcus Smart (12 points 22 minutes), got the ball taken away by DeRozan with 33 seconds remaining, preventing the Celtics to pick up the win easily. Yet, it's another L and back to the drawing board for Brad Stevens, who needs to find a way to get his guys to finish a game. 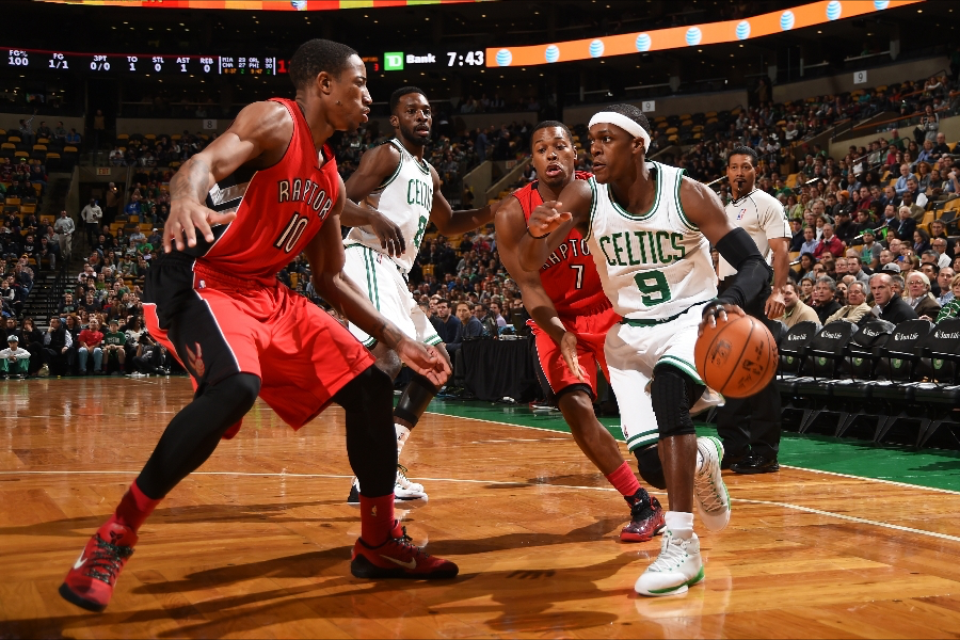 Sullinger (19 points, 16 rebounds) and Olynk (18 points, 13 rebounds) took advantage of the Raptors playing without big men Amir Johnson and Jonas Valanciunas, due to injuries. The C's duo looked great on the offensive end, eating up rebounds all night that were key on out-letting the fast break.

Rajon Rondo continued his torrent pace to start the season. His triple double was the first of the year for the All Star.

The first quarter was absolutely brilliant by the Celtics tonight. From the jump it looked like the C's were going to put this out of reach early. They started the night 8-for-8 and were up by as much as 16 in the first quarter. Rondo assisted on 4 of the first 8 baskets and was running the Celtics like a well oiled machine. He finished the first half with 11 points, 5 dimes, and 5 boards.

The now patented Brad Stevens fast paced offense, run and gun offense led by Rondo seems to be borderline unstoppable if his teammates are making buckets. That small ball philosophy was in full effect in the first half of tonight's game as the Celtics were running off every missed basket or turnover. This offense did struggle when Rondo was off the floor though as Evan Turner really struggled to lead the fast break all night. 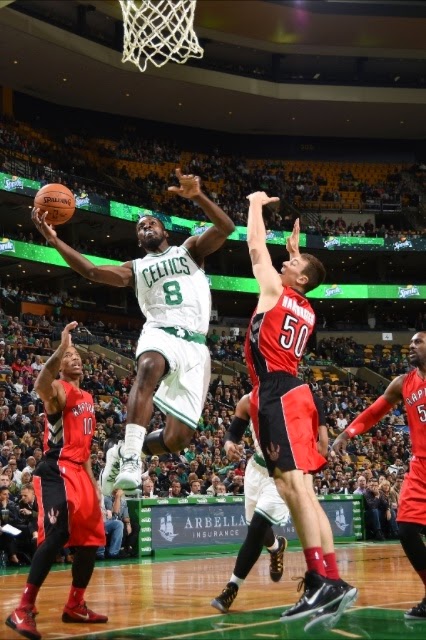 The second half was a different story however. The pace slowed, foul trouble sank in and the turnovers by the Celtics started to mount. They had no answer for Lowry nor were able to keep DeMar DeRozan (23 points, 6 assists) quiet the entire night. Its one for Stevens to put in the books as a 'game to learn from,' but how many of these games can they afford? It seems like every night they impress but eventually lose the ball game.

Evan Turner was easily the Celtics worst and most disruptive player all night. He showed he can not be trusted with running the offense. He played 12 minutes scored 2 points and turned the ball over five times. He also committed 4 fouls in that span, and was unwatchable trying to guard Kyle Lowry. If he plays any garbage time minutes in the next few games I would be shocked.

After starting the game like a bat out of hell, it was the turnovers that did  Boston in tonight. Frustrating? Yes, but the team is young and they will pull it together. Time is of the essence for these Celtics.
Posted by SeanDutra at 11:22 PM
Email ThisBlogThis!Share to TwitterShare to FacebookShare to Pinterest
Labels: basketball, boston celtics, BRad stevens, causeway street, jared sullinger, Kelly Olynyk, nba, RajonRondo, toronto raptors