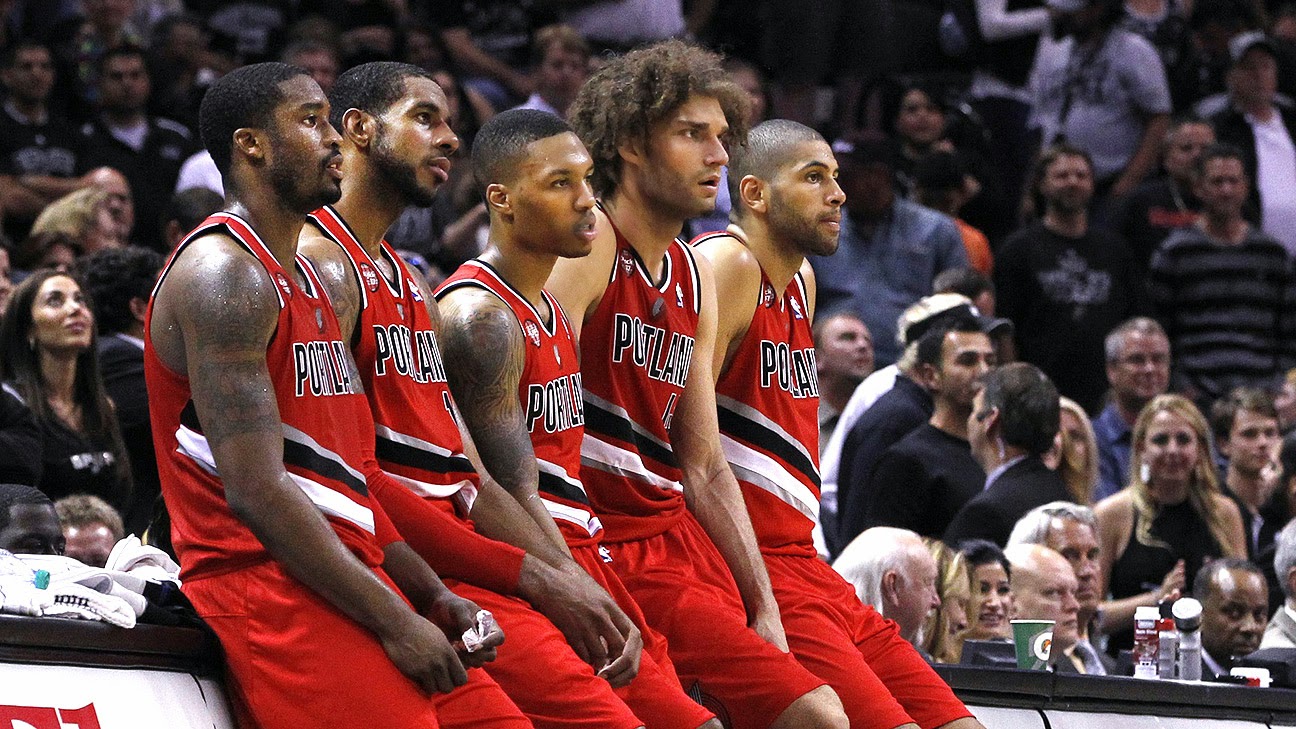 Fresh off of their 105-87 blowout win against the Chicago Bulls, the Trail Blazers come to town in hopes of winning their seventh consecutive game. Much like the Celtics, all Portland starters average in double-digits. But all-stars LaMarcus Aldridge and Damian Lillard is what makes them Western Conference contenders.

Both players have been magnificent this season. They've led the way early on and haven't shown any signs of slowing down. The Trail Blazers have won eight of their last nine games.

Lillard has been masterful offensively throughout their six-game winning streak. He's averaging 26 points and 8 assists in his last five games. Lillard was even awarded last week's NBA Western Conference Player of the Week honors because he's been playing at a high level. He's been attacking the basket efficiently and can knock down jumpers. Rondo will certainly have his hands full tonight.

Aldridge, the league's best power forward, is averaging 21 points and 8 rebounds per game this season. If Zach Randolph and Marc Gasol caused headaches for the Celtics Friday night then expect Aldridge to do the same when he has the ball in the post.

Center Robin Lopez is another big to look out for tonight. He's having the best start of his career this season, averaging 12 points and 7 rebounds. He's a rim protector who can finish around the hoop offensively. Backup big man Chris Kaman adds depth in the paint for Portland. His 11 points and 6 rebounds per game gives the Trail Blazers a much needed lift off the bench.

The Celtics will have to tack on 115 points or more if they want to beat these guys and if the long ball is falling, the C's should have no problem doing that. Threes, threes, and more threes. Let them fly tonight. Avery Bradley and Jeff Green shoot more threes than anyone on their team, if they can get hot from behind the arch the Celtics will be in good shape. Bradley has been shooting 30 percent from downtown but Green has been ice cold, shooting 9 percent throughout his last five starts. Boston's defense isn't going to slow down Portland's inside scoring, therefore the only way the Celtics can beat Portland is by shooting them out of the gym.

Kelly Olynyk has been hot in his last two games, shooting 47 percent. Celtics will need his outside shooting but he has to be careful defensively. Olynyk has a tendency of getting into early foul trouble, hopefully he can shy away from those fouls while guarding Robin Lopez.

Celtics' bench can really help out in this one. Led by Evan Turner and Marcus Thornton, the reserves combined for 42 points in Memphis on Friday. Thornton and Turner should be able to put up points tonight. Portland's bench is relatively weak. Steve Blake (4 points, 4 assists) and Chris Kaman carry most of the scoring load, after them their bench production diminishes. And so does their defense when their starters are on the bench. Another solid game from Brandon Bass, who averaged 16 points in his last two games, would be very helpful.

Celtics allow an average of 108 points per game. Expect Portland to score above that average tonight, especially if the Celtics don't defend the perimeter. Shooters Wesley Matthews and Nicolas Batum have been struggling from outside lately but will look to bounce back at the Garden. They can get hot quickly from the perimeter. Bradley and Green both have to keep a close eye on them.

Besides the all-star break, this week's four days off will be the longest rest the Celtics will have all season. This could motivate them to steal a win. Maybe a little home cooking before the holiday is the recipe the Celtics need for an upset against the Trail Blazers.