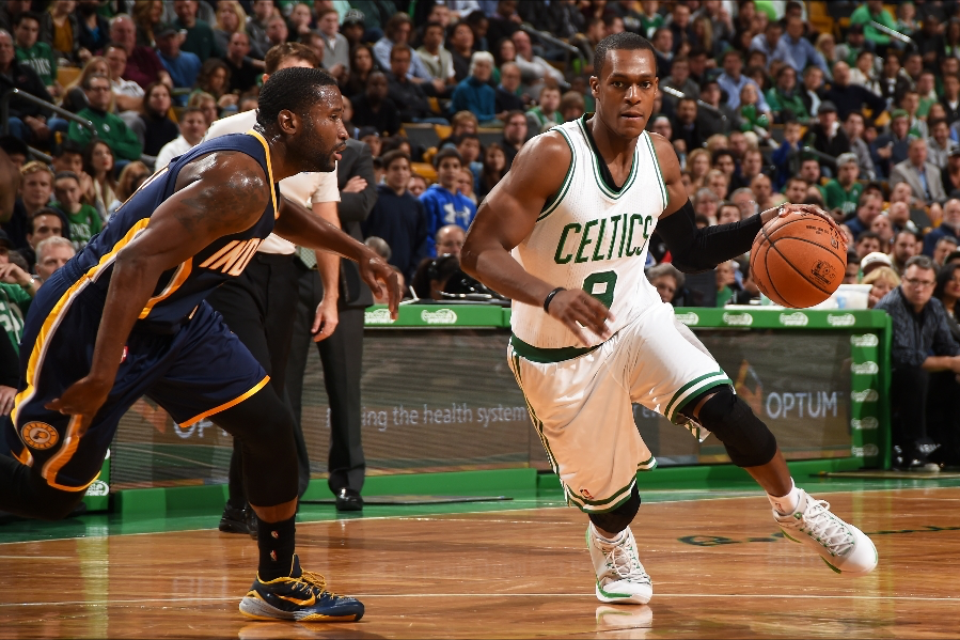 Boston- The Celtics came into TD Garden having lost their last three games. Another double-digit lead lost before halftime, and after rookie guard Marcus Smart rolled his left ankle with 11:03 remaining in the fourth, the C's decided to climb on Jared Sullinger's back to hold on to a 101-98 victory over the Indiana Pacers on Friday night.

It's been a roller-coaster first week of the season for these Celtics, who finally got their second win in nine days. Sullinger's 11-point quarter (17 for the game) combined with a huge Jeff Green offensive rebound, and clutch free throw's from Avery Bradley and Green allowed the home crowd to celebrate after witnessing a scary moment. Smart was carried off in a stretcher when he was on the floor injured, and was unable to stand or be picked up and visibly in pain for several minutes while holding his left leg. He was fouled on a fast break drive to the hoop on the left side of the paint after he was hooked by Indiana's A.J. Price, causing the six overall draft pick to fall down at the start of Boston's run.

NBA rules dictate that since the player fouled was unable to shoot his free throws, the opposing team can select anyone who was not already on the floor to take the shots in their place.

Wallace, who most forget about, has quietly been waiting for an opportunity like this one to make a big difference in a key situation. The veteran, who had only played three-minutes so far this season, sunk both free-throws to go up 77-75 and off the Celtics went.

"Gerald is going to be one of my favorites of all time, if he's not already there," said Stevens of Wallace after the game. 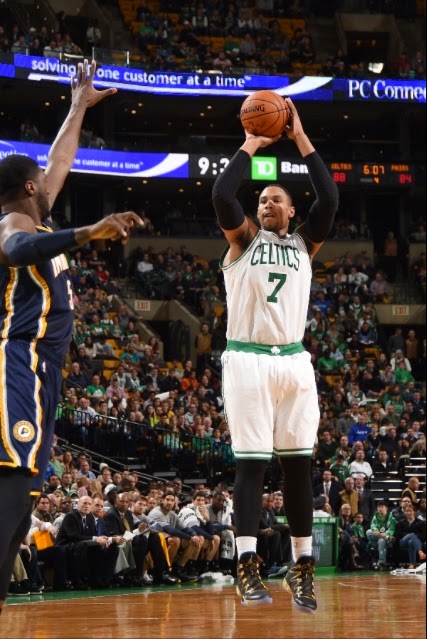 Phil Pressey provided some much needed relief off the bench, as he played all of the fourth up until the 2:50 mark, when Rajon Rondo re-entered the game. The second-year point guard had also seen only three minutes of floor time this season, finished with 5 points, 4 assists and 2 steals in nine quality minutes.

Green ended his night with 15 points and seven rebounds, while Kelly Olynyk chipped in with 12 points and Bradley added 11 in the win for the Celtics.

The Pacers (1-5) were with only 10 players, as Roy Hibbert lead his team with 22 points and 11 rebounds. Chris Copeland scored 17 and Donald Sloan added 15 while Luis Scola finished with 11 points and eight rebounds in their fifth consecutive lost.

Despite Indiana being without key offensive firepower in their lineup, they rallied to erase an early 13-point deficit to take a 75-73 lead into the the final 12 minutes. After Smart's injury, Boston went on a 9-2 run making the next 10 of their 14 shots to take the lead, 79-77, on a Sullinger 3-ball. The Celtics stayed ahead for the rest of the quarter as the Pacers pulled within one (97-96) and after a Sloan missed layup, Bradley pulled down a rebound with 19 seconds remaining. Made free throws by both Green and Bradley after a late C's foul made it a 101-98 game with 2.9 seconds left.

On a last attempt for the Pacers to possibly send the game into overtime, a 20-second timeout was called. Coach Brad Stevens sent in Gerald Wallace to play defense, 'Crash' was able intercept Indiana's inbound pass to seal the much needed win for Boston and their teammate Marcus Smart, who was sent to the hospital for an MRI on what is being called by team officials an 'ankle injury' for now. Initial x-rays were negative and a second opinion will be sought out on Saturday. It is still unknown how long Smart will be out, or the extent of his injury.

Afterwards Stevens was asked about his rookie guard and how his team rallied when they saw their teammate being carted off. 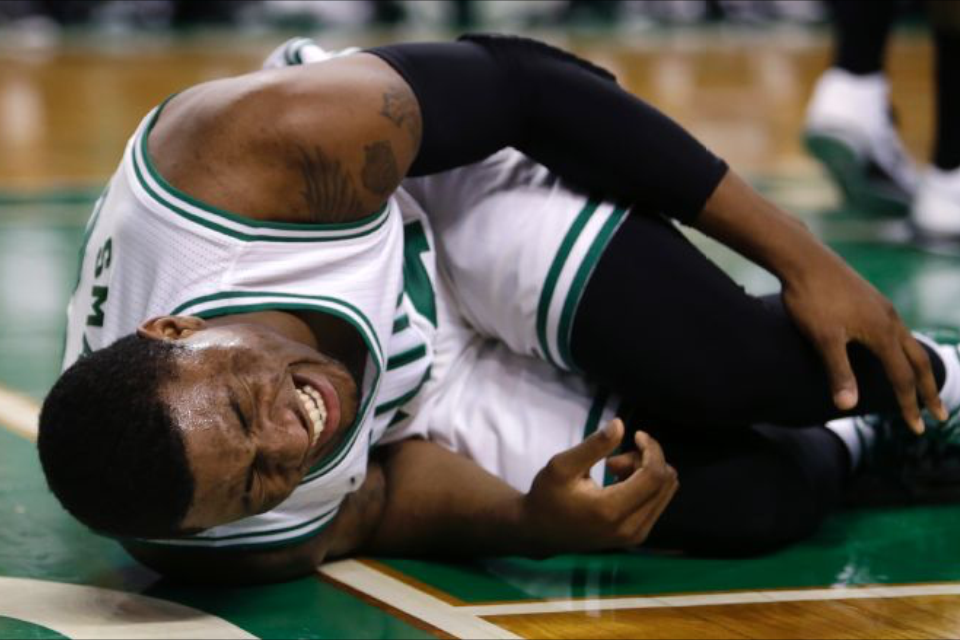 Boston, now 2-3, will have to travel to Chicago without Smart as they will take on the Bulls on Saturday night for their first back-to-back of the season. There should be plenty of other options ready to grab some now available minutes.


Tip-off is a 8 PM from the United Center on CSNNE.


Game Notes:
While Boston committed an historic 28 turnovers on Wednesday night, the Celtics only turned the ball over 12 times on Friday against the Pacers.