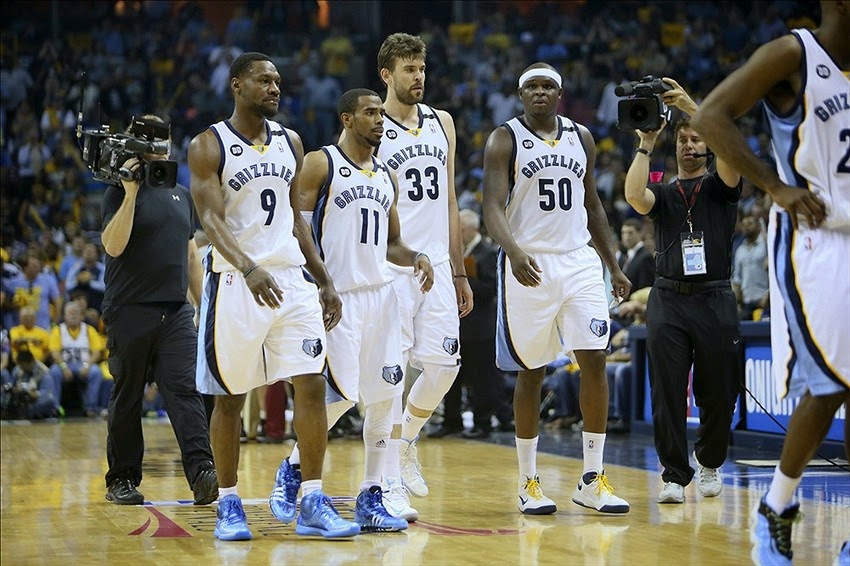 The 4-6 Boston Celtics are in Memphis tonight taking on the Grizzlies; who have the NBA's best record at 10-2 and are 6-0 at home. The C's are coming off a much needed 101-90 win in Philadelphia on Wednesday night, snapping a three-game losing streak.

But beating Memphis will be easier said than done.

"I think the biggest thing that stands out with these guys is their physicality, just generally." said Celtics coach Brad Stevens. "Part of that is because they play really hard and they're really well-coached, and part is because they're big, physical guys. Randolph and Gasol are big guys. Kosta Koufas is a big guy. Tony Allen's a physical 3, we all know that. So it's a nice basketball team, and physicality is a big role for them." [ESPN Boston]

The Celtics are 2-2 on the road and will face a defensive powerhouse of Zach Randolph and Marc Gasol. Memphis is currently ranked fifth in the league in points allowed at 97.8 points per game. They are sixth in turnover percentage, and they are top-10 in second-chance points and points in the paint. However, in their five games against Eastern Conference teams so far, the Grizzlies are 3-2 and scoring an average of only 89.4 points, while the C's are averaging 112 points in their last three outings (1-2).

Boston will need all the front court help they can get, especially in the paint to somewhat match the Grizzlies physically. Expect more playing time for Brandon Bass, who scored a season high 23 points against the Sixers, and Jared Sullinger who added 22 in the Celtics' win on Wednesday. Some quality minutes from Tyler Zeller and Kelly Olynyk will also be needed, since the two lacked playing time in Philadelphia.

The good news for Celtics' fans, despite the Grizzlies coming off a 96-92 loss in Toronto on Wednesday, they have seven players who could be out tonight against the C's due to a stomach-virus. Old friends Courtney Lee and Tony Allen are questionable, while Jon Leuer, Kosta Koufos, Jarnell Stokes and Quincy Pondexter look like they are also game-time decisions. That would leave eight players available to dress for tonight's game.

Another thing to consider in Boston's favor is the fact that historically Marc Gasol is only averaging 10 PPG for his career against the Celtics, versus his 18 points per game so far this season. Hopefully that will not change this evening at the FedEx Forum, tip-off is at 8.