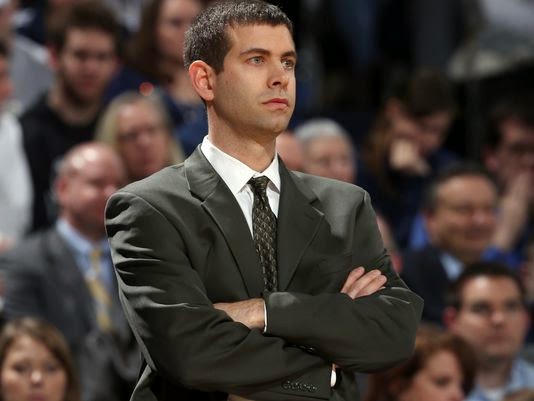 No matter what, Celtics need to play better basketball in the final 12 minutes of a game.

People can blame the final play of Friday night's game against the Cleveland Cavs for the loss, but in reality Celtics didn't lose the game on the final possession. They lost it in the fourth quarter.

Although the game ended with Rondo fumbling the ball in the closing seconds, Rajon decided he was going to take that shot before he lost possession and didn't get the shot off.

Coach Stevens had this to say after the game:


"We had a couple of different options, Stevens said. "We had Jeff over the top; I'd have to look at the film to see if he had LeBron sealed for a lob, which obviously would've been a risky pass. But we had just thrown it to Jared and then we just had a simple swing to Rondo and our desire was to reject the screen."

If you look closely, Rondo had two options after LeBron James sealed off Jared Sullinger. He could have denied the screen (like Stevens wanted him to) and headed to the hoop or deny the screen, head to the hoop and kick it out to Jeff Green for an open shot. Those were his only options. But when he took the screen from Sullinger instead of denying it, the only thing left to do with three seconds left was to shoot the ball.

Can't blame Rondo for wanting to win the game for his team. Green was the initial target and when that failed he took it upon himself when he went left on the screen. But Sullinger hesitated when he was setting the screen, which took about two seconds off the clock, leaving Rondo the ball with three seconds at the three point line.

But anyways, enough about the play, back to my original point: C's need to step it up in the fourth quarter.

It's normal for a young team to struggle in the second half of a game but the Celtics have given up humongous leads. In the last three losses, the C's have blown leads of 15 points or more. Against the Oklahoma City Thunder last Wednesday, the game was pretty much over six minutes into the fourth quarter when the Thunder opened up a 13-point lead. In their loss before that, the Toronto Raptors went on a 11-2 run and took a two point lead in the final 1:22 of the third quarter. Celtics never regained the lead in the fourth. 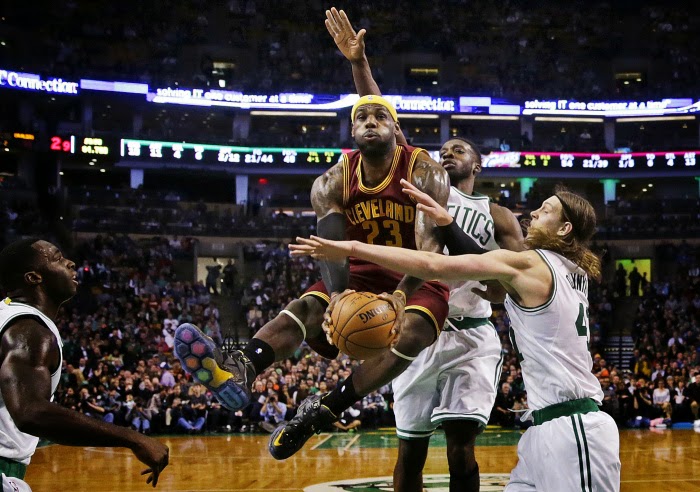 But when a team doesn't have a go-to guy, turnovers are going to happen when everyone is getting touches throughout the most crucial time of the game. Celtics have five players who average double-digits in points but none of them are considered a "number one option." Everyone contributes.

But in the fourth quarter, if a player is hot, Stevens needs to pick that one guy as a person the team is going to run its offense around.


For example, Friday night against the Cavs, Kelly Olynyk couldn't miss a shot. He scored 10 points in the third quarter alone, finished with 21 points, shot 8-for-13. Olynyk didn't make a single shot in the fourth quarter. There weren't any plays drawn up for him. Stevens has to recognize the hot hand and set that person up night in and night out. Although the Celtics don't have that number one option, someone has the hot hand every game.

I'm not saying give that person the ball every single possession, what I mean is set him up for a shot more in the fourth than any other player. Opponents will focus their attention on that specific player and that's when open shots for others will become available. 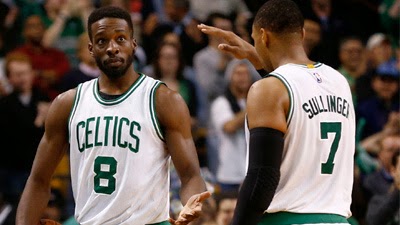 Teams learn how to adjust defensively and the Celtics defense evaporates. Throughout the season the Celtics have allowed an average of 29 points per game in the fourth quarter. Coach Stevens hasn't gotten the best out of his defense. When opponents step it up in the final 12 minutes, the C's can't slow anyone down and continue making careless turnovers.

Opponents can score in bunches when they pick-and-roll Boston. Celtics' help defense has to improve or else the fourth quarter woes will continue to happen.


"It is what it is," Stevens said after Friday night's loss. "There's no moral victories, we can't talk about learning, we just have to get better and do it. That's where we all are."

You're right, coach. This isn't last season's team, this is a much more talented club. It isn't about learning or the players getting used to each other. The chemistry is there. Celtics just have to sharpen up their craft while playing the best teams this league has to offer.