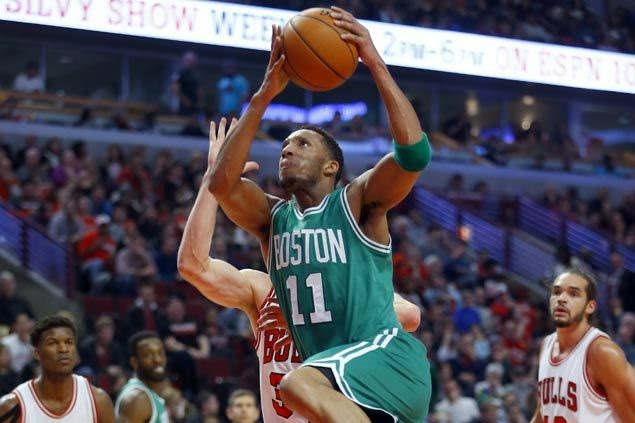 A short-handed Celtics team entered the United Center Saturday on the second night of a back-to-back with hopes of beating one of the best teams in the Eastern Conference.

Chicago was without Derrick Rose, and fell behind early against the Celtics. Boston, without point guards Rajon Rondo and Marcus Smart, handled the Bulls by holding onto a double-digit lead throughout most of the game.

Evan Turner scored 19 points and dished out 6 assists. Starting at point guard in place of Rajon Rondo, Turner was one of five Celtics starters to finish in double figures.

Chicago's Aaron Brooks came off the bench and led the Bulls with 26 points, 19 of them came in the fourth quarter. Brooks nearly single-handedly outscored the Celtics in the last 12 minutes (19-23). Pau Gasol chipped in with 19 points and 9 rebounds for the Bulls.


"We had to play a great game tonight, and we did for the better part of the game," said Celtics coach Brad Stevens. "Then Aaron Brooks went nuts at the end. You knew they were going to make a run. I'm just glad we didn't play a 49-minute game."

After taking an 18-point lead into halftime, the Celtics played the second half with the same intensity and led, 83-67, at the start of the fourth quarter. Brooks scored 10 points in less than one minute in the midst of a 14-2 Bulls run, cutting the Celtics lead down to, 99-96, with 1:02 left. After Olynyk made one-of-two free throws, Brooks hit another jump shot to cut Celtics' lead down to four with 17 seconds remaining (100-98). 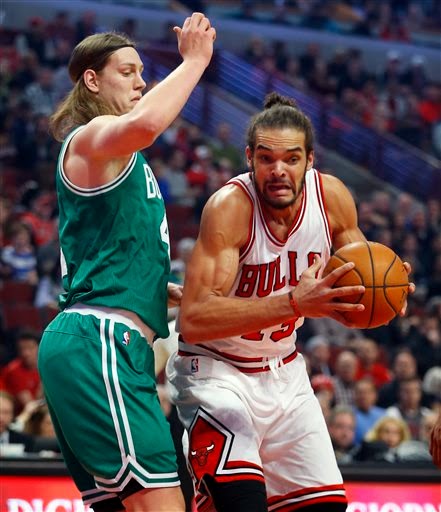 Turner helped seal the game when he was intentionally fouled and made both free throws to make it a two-possession game. Bulls managed to cut the lead to three points but Jeff Green made the last free throws of the game to put the Bulls away for good.


"We just kind of had to weather the storm, make some good plays," said Olynyk. "E.T. hit some big shots. We got some big rebounds and just found a way."

In a game when you needed everyone to contribute, the C's got exactly what they needed from their bench. Marcus Thornton scored 11 points but it was Tyler Zeller who shined the most off the bench. Zeller's 10 points and 7 rebounds in 21 minutes helped the Celtics sustain their lead and gave them an inside presence. He was able to score around the rim and made defensive stops in the paint.

Although the Bulls made it a close game in the fourth quarter, they couldn't match Celtics' offense. The Celtics built such a big lead that the Bulls' late-game run was too little, too late. Olynyk also grabbed two crucial rebounds in the last minute of the game that forced the Bulls to intentionally foul.

Celtics will get a well needed three-day rest before they play Oklahoma City at home Wednesday night. Rondo, who had a screw removed from his surgically repaired left hand this weekend, is expected to play. After the game, coach Stevens said that although high ankle sprains are tough, he is hopeful that Smart will only need a couple of weeks.

Seven players scored in double figures last night against one of the best defensive teams in the league. Celtics also outrebounded the Bulls, 45-38, they are currently 6th in the league in rebounding.

Celtics also shot 51 percent from the field. When the Celtics are shooting the ball that well, they can compete against any team in the league.