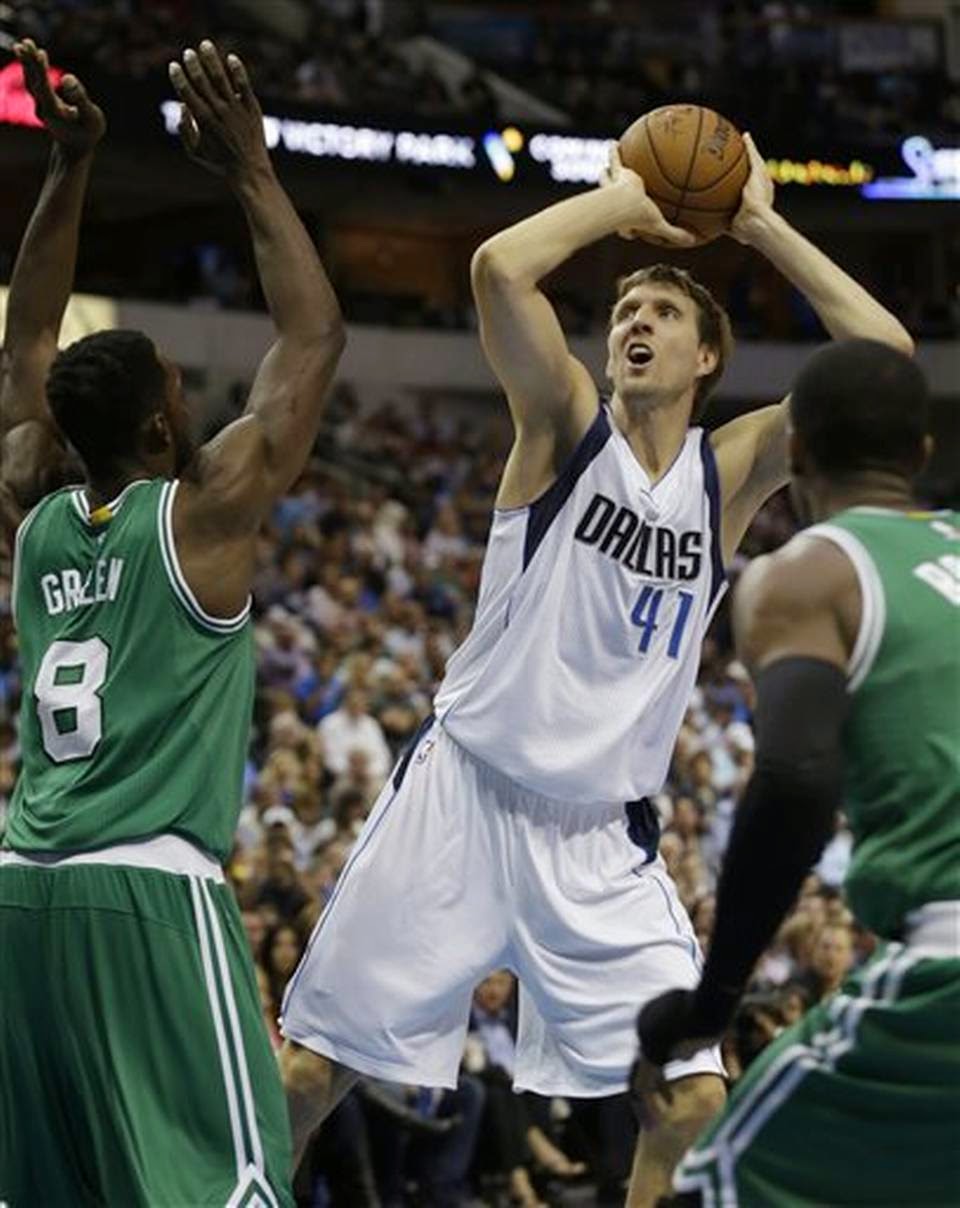 After coming back from being down 31 points, the Celtics were on the verge of making the biggest comeback in franchise history.

Celtics cut Dallas' lead to one-point but fell short in the last minute of the game.

Avery Bradley finished with a career-high 32 points. His 23 second half points helped lead a comeback against Dallas. Jeff Green had a game-high 35 points and grabbed 7 rebounds. Green was the only consistent player in the first half, he had 18 points at halftime and continued the attack in the second half.

Dallas came out of the gate red hot. They shot the ball well, going 10-for-14 from three and 63 percent from the field. Chandler Parsons missed only six out of the 20 shots that he took. He finished the game with 29 points and went 4-for-5 from the three point line.

Dirk Nowitzki helped close the gap in the fourth quarter by hitting back-to-back fade away jumpers that kept the Mavericks ahead. He finished with 27 points, 7 rebounds and 4 assists.

Bradley had a chance to tie the game with 39 seconds left when he was fouled shooting a 3-pointer. He missed one, and closed Dallas' lead to one point, 133-114. After Monta Ellis made a driving layup, Green missed a three to tie the game for the Celtics. With 15 seconds left, Jared Sullinger got tied up with Parsons for a jump-ball. Parsons tipped the ball to Ellis who immediately got fouled by Rajon Rondo. Ellis sunk both free throws and sealed the win for the Mavericks.


"We shot ourselves in the foot in the first half the last two games," said Jeff Green. "By the end we were out of gas. We can't allow teams to be the aggressor the first 12 minutes. That's what happens." [ESPN Boston] 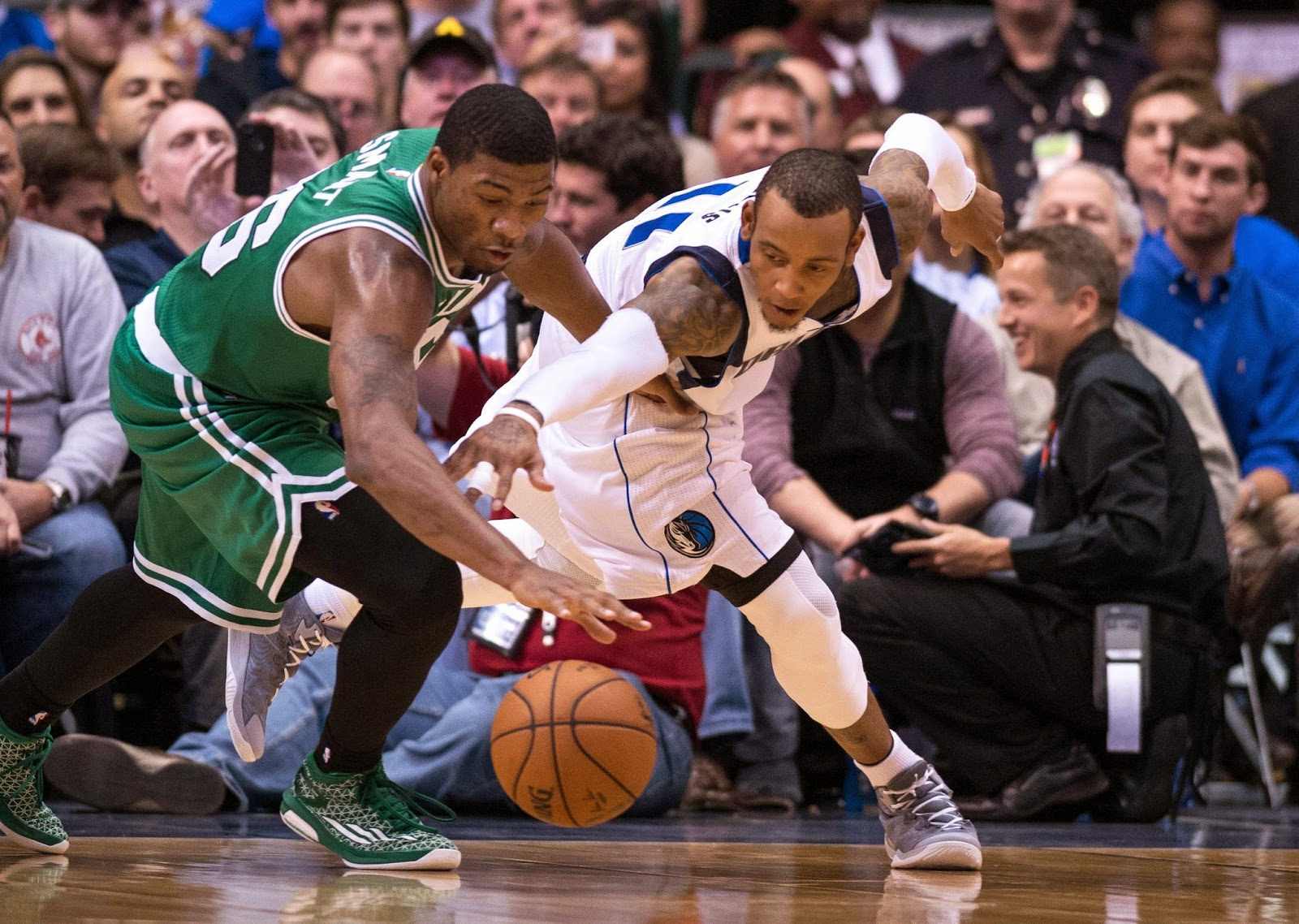 Although the Celtics failed to win the game, the dramatic comeback in game three of the regular season is something to be proud of. Celtics cut a 26-point Mavericks lead to single digits in the third quarter and fought their way to keeping the game close and nearly won it.

Celtics were poised and battled a tough Dallas Mavericks team that will be a contender in the Western Conference this season.

Parsons talked about Celtics' third quarter comeback after the game:

"It's concerning," said Parsons. "You know, it is the fourth game of the season and we're not perfect. We still have room to improve. The other three games have been great, and I love how we never give up after we give up the lead. But we can't allow these teams to keep coming back in and cutting our leads. Tonight was ridiculous. There's no way you should give up 31 points and then let it get that close. But we can only get better from here." [Mavs.com]

Monday night's loss pushes the streak to 22-games in which the Celtics have lost on the road against Western Conference teams. Celtics return home to TD Garden for game four of the regular season Wednesday night against the Toronto Raptors.

Celtics cut its 31-point lead to three thanks to a three-pointer from Marcus Smart late in the fourth quarter. It was a homecoming for Smart, who grew up just outside the city of Dallas. Smart also made big defensive plays in the fourth, including a steal that led to a heads up pass to Bradley for a layup which cut the lead back 3 again with less than two minutes left. Smart was assertive and kept himself in the lineup to finish the game. It was a great showing for the rookie point guard.