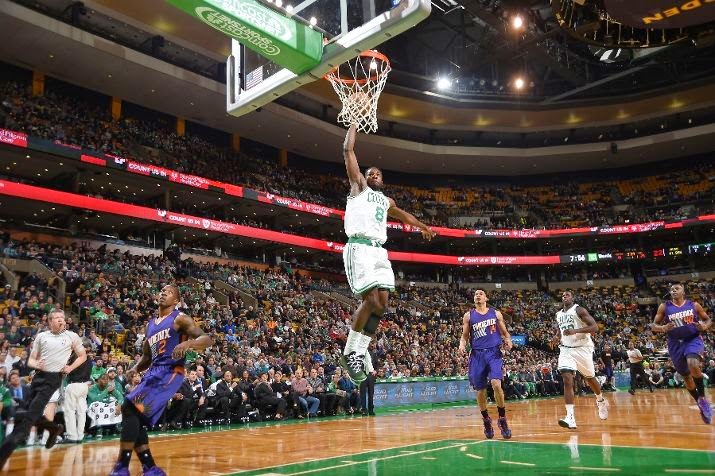 Boston - The Celtics let another victory slip from their grasp, as Eric Bledsoe and Goran Dragic stole the game in the final minute of the fourth quarter. After a classic back and forth at the TD Garden throughout most of the evening, the Phoenix Suns were able to hold on to a 118-114 victory, handing the C's their third consecutive lost.

Markieff Morris led all scorers with a career-high of 30 points, while Dragic added 22 points. Alex Len chipped in with 19 and seven rebounds and Bledsoe finished with 15 points and seven assists. But no two-points were more important than the night's biggest play; a Bledsoe steal and breakaway dunk with 29.5 seconds left, that pretty such sealed the win for the Suns who are now 6-5 on the young season.

Jeff Green led Boston with 28 points and Jared Sullinger added 18 points along with eight rebounds, while Tyler Zeller finished with his season-high of 19 points and seven rebounds off the bench. Rajon Rondo fell one assist short of his second triple-double of the year with 14 points, 10 rebounds and 9 assists for the Celtics who stand at 3-6.

"We're not there yet and it's frustrating," said C's coach Brad Stevens.

The first half ended with a Green chase down block, and Boston trailed 60-54 at the break. The Suns opened the third with an 11-2 run to push their lead to 71-56, the Celtics largest deficit of the night. After a series of steals and fast-break basket by the C's, Zeller ended the quarter with a dunk of his own to bring the home team right back into it being down only 89-88.

Boston grabbed their first lead since the second quarter when Green made a running layup to go up 105-104. The lead would change six times in the final 12 minutes before Green stole a pass and on the fast break made a monstrous dunk that made the Garden crowd erupt the loudest it had been all night. Green was fouled on the play and made the free-throw helping the Celtics go up 114-112 with 57.3 seconds remaining in the fourth. 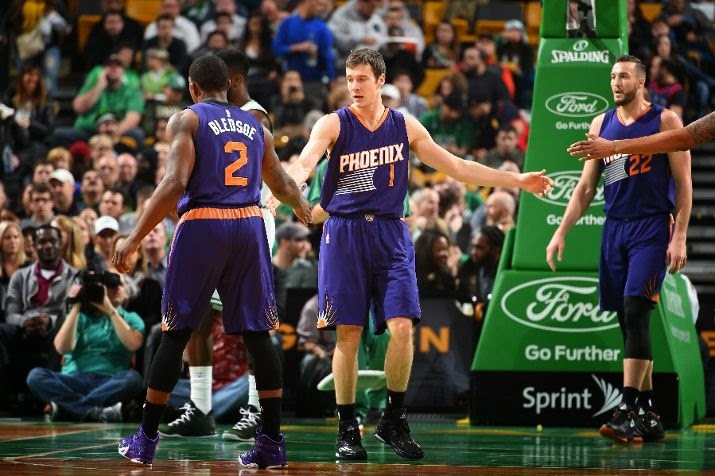 After Bledsoe stole Avery Bradley's crosscourt pass for the dunk, Dragic's running reverse layup and made free-throws that all seemed to happened in a blink of an eye, the Suns were up 118-114 with 19.8 seconds left. Jeff Green was blocked shooting a 3-pointer and it landed in the hands of Celtics captain; Rondo who was fouled attempting a 3-ball. The point guard missed all three freebies and that was the ball-game.


"It takes every ounce of energy to make a comeback," said Jared Sullinger. "We just have to play better."

There is no better team to face than the win-less Philadelphia 76ers, to get back some confidence. The Celtics will travel to Philly on the first of two road games this week, as tip-off is at 7:30 PM at the Wells Fargo Center on Wednesday night.

The C's went to the charity stripe 31-times only making 20 free-throws (Rondo went 2-of-10 from the line), while Phoenix was 13-of-16 on the night. Both teams finished with 18 turnovers apiece, despite a lot of steals made in this game (Suns-11 to the Celtics 10) Boston scored 23-fast-break points to Phoenix's 21