Rondo's Still a Work in Progress 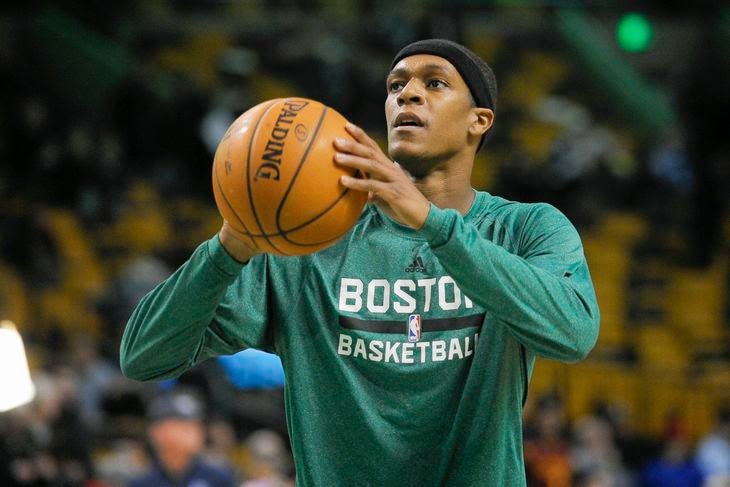 On Monday night at the TD Garden, the Celtics lost their third consecutive game by a score of 118-114. The Phoenix Suns were able to score six straight unanswered points in about 38 seconds. With 19.7 ticks left in the game, the C's not only missed two-back-to-back 3-point attempts but they also missed three straight free-throws in the loss.

To be fair one of those 3-point shots, and the last three free-throw attempts was Rajon Rondo's doing. The Celtics captain finished with 14 points, 10 rebounds and 9 assists, just one dime away from another triple-double. But unfortunately his stat line was not the topic of day around the water cooler. It was Boston's missed free-throws that might of costed them the win against the Suns two nights ago. The team shot 20-of-31 from the charity stripe, while Phoenix went 13-of-16 for the game.

Rondo ended up missing eight of the C's 11 total missed freebies that even triggered some boos from the TD Garden crowd.

"It's tough. It's frustrating," said Rondo who went 2-of-10 from the line. "I work hard on it and I'll continue to work and get better." [ESPN Boston]

Despite the point guard taking responsibility for Monday night's lost, he also believes you win and lose as a team.

"We're not a team to make excuses," Rondo said. "We will deliver eventually, we have to continue to believe in each other. Stick together." [ESPN Boston]

The Celtics are 3-6 and haven't won in over 10 days when they beat the Bulls in Chicago back on November 5. They look to get back on track when they take on the winless Philadelphia 76ers tonight at the Wells Fargo Center. One might think this a good place to start to rebuild some confidence back even if the C's captain says they haven't lost any yet.

"I don't think we're down confidence-wise," Rondo said. "We're a prideful team and we believe in each other. We have a lot of games that we believe we could have won, but those games are in the past. And we're going to move forward and get better." [ESPN Boston]

Even Brad Stevens is also staying positive through this tough stretch of games this month for his team, especially during these three-straight losses.

"One of the things I'm trying to keep in mind is that we've played a lot of good basketball against a lot of good teams and we talked about no overreacting in November a long time ago," said the Celtics coach. "I find myself every morning overreacting, so it's good to talk to [reporters] and put some perspective on it. And try and figure out how we can best move forward and get better as a group." [ESPN Boston]

Stevens also suggested that Rondo had returned to the Celtics' practice facility after the lost to the Suns to put up some free-throws, in an effort to improve his current 6-of-20 (30-percent) average

"I think that he was back in here [Monday] night shooting. He's a guy that's going to take that personally," said the C's coach. "I think coming back in and getting up shots and being able to say that you believe the next one is going in, and think positively about it, making sure that you take your time, and focus on all the little things that you can control within your technique." [ESPN Boston]