Wallace Sits Out of Practice 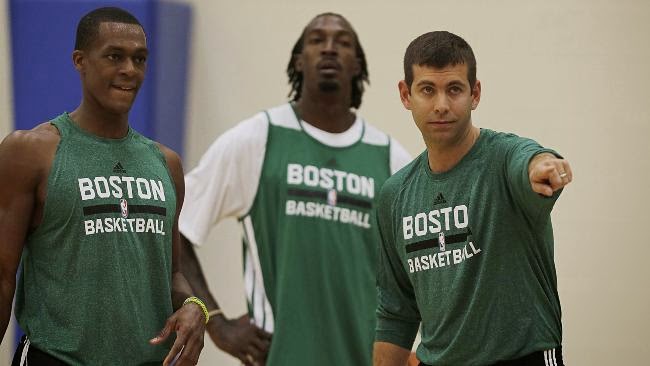 Celtics forward Gerald Wallace sat out of practice on Thursday after receiving a minor knee injection. Coach Brad Stevens said he should be available to play on Saturday night when Boston takes on the Houston Rockets.

"I think it became planned in the last few days," Stevens said. "From what I've been told it's just a one-day recovery." [Boston Herald]

Wallace did participate in practice today in Houston and will be ready to go tomorrow night. Wallace was in uniform in Wednesday's home opener, but did not play due to coach's decision.

The 14-year veteran who is set to make $10.1 million this year, is still recovering from a torn meniscus that he sustained last February, and cut his first season in Boston short. For now Wallace understands he will not see consistent minutes, especially since others are healthy.

Stevens decided to stick to a 10-man rotation in the season opener and besides Wallace receiving a DNP, rookie James Young and second-year point guard Phil Pressey also did not see the floor.

During Thursday's practice the Celtics coach preached about being ready to seize the opportunity when your name is called upon.

"All those guys, you're an injury, a misstep, a mishap away from being in the fold, and you have to be ready," said Stevens. "We just talked about it when we were sitting in the middle [of the floor after practice]. The one thing you always have to be is ready to be called on, because everybody will be called upon at some point or another." [ESPN Boston]

Among the players who stuck around, putting up extra shots after practice were; Young, Pressey, rookie big man Dwight Powell and Brandon Bass.