Rondo & Smart out Tonight Against the Bulls 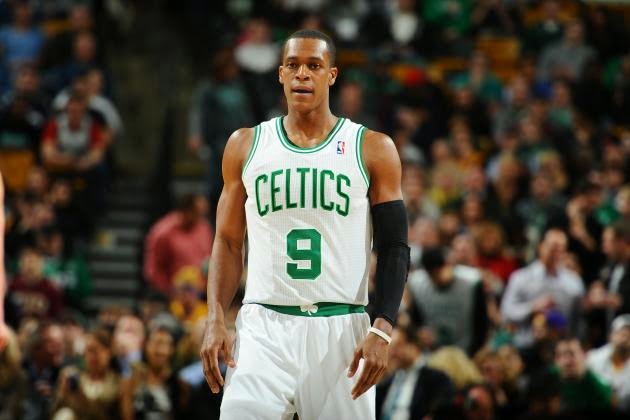 Rajon Rondo did not make the trip with his teammates to Chicago to take on the Bulls tonight. According to the Celtics' twitter account, the point guard will have a small procedure done to remove a screw that was put in during his surgery that repaired his bone fracture in his left hand. The captain should not miss any additional time beyond this weekend. 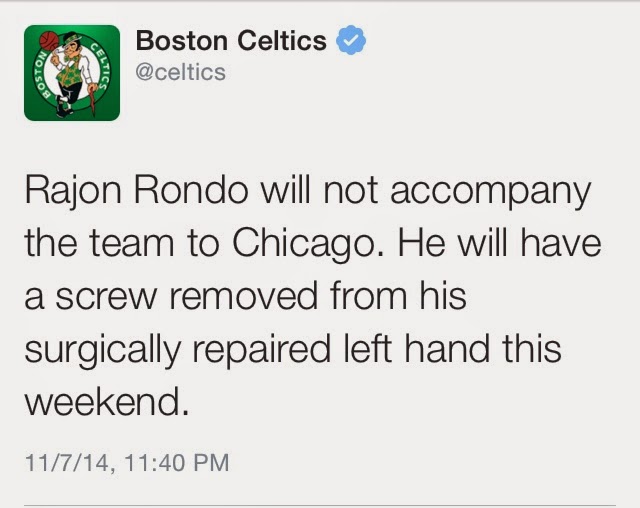 Update: According to multiple sources, Rondo has successfully underwent a surgical procedure to remove a screw from his repaired bone fracture in his left hand. The all-star should be available to return to action by next Wednesday when the Celtics take on the Oklahoma City Thunder. 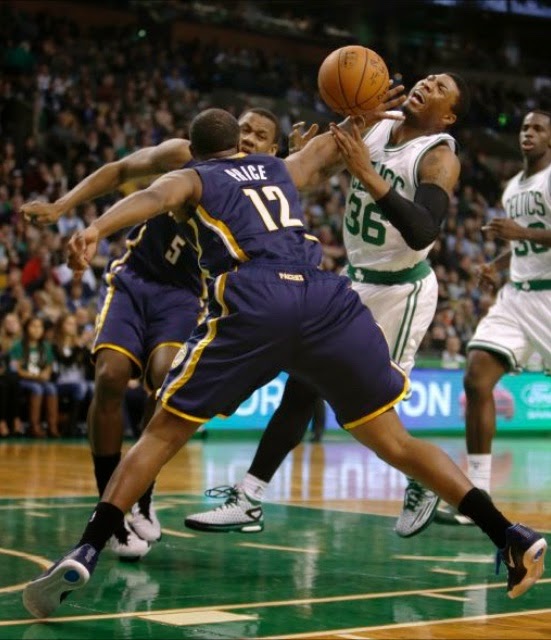 Boston will also be without Marcus Smart, who rolled his left ankle in last night's Celtics, 101-98, win over the Indiana Pacers. He was taken off on a stretcher after he was fouled hard and was unable to get up, and visibly in lots of pain. Official x-rays were negative on Friday but the rookie guard will have an MRI and those results will determine if there was a sprain, tear or a broken bone in his left leg.

ESPN reports after Smart's MRI results came back early this morning, that the guard has been diagnosed with a sprain and a bruised bone in his left ankle. According to Danny Ainge; the rookie will be out approximately 2-3 weeks

In the meantime coach Brad Stevens will have to sort through plenty of options for his rotation against the Bulls. Look for Phil Pressey to play some more quality minutes at the point after a good outing on Friday night against the Pacers. With Derrick Rose scheduled to play for Chicago, it should be an interesting match-up. The ball tips off at 8 P.M. tonight on CSNNE and WGN.