Al Horford is out tonight against New York with back soreness 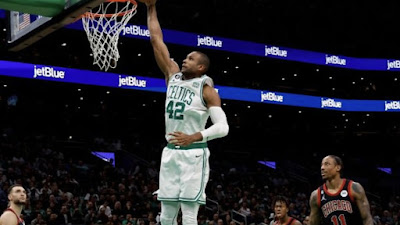 The Celtics announced that Al Horford will sit out tonight against the New York Knicks due to low back stiffness.
Boston will be at Madison Square Garden on a second night of a back-to-back following a 123-119 win over the Chicago Bulls Friday.

Unlike Robert Williams (knee surgery) and Danilo Gallinari (torn ACL), Horford shouldn't miss anymore than a game since it's most likely he'll be sidelined during Saturday's tilt to simply rest. He previously sat out in the Celtics' 126-120 win over the Magic -- which was also on a second night of a back-to-back in Orlando last month.
Horford is averaging 9.0 points, 6.0 rebounds, and 2.1 assists per game for the Celtics so far this season in 31.4 minutes played per contest.
The Celtics will look to improve to 6-3 when they face the 4-4 Knicks in a 7:30 ET tip-off.
Joel Pavón
Follow @Joe1_CSP