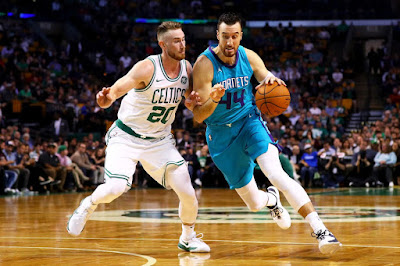 The Celtics officially released their preseason schedule on Friday, as fans will get a glimpse of the 2019-20 roster beginning at the TD Garden.

The Celtics' preseason opener will be on October 6, when they host the Hornets, which will mark the return of Terry Rozier, who signed a three-year, $58 million deal with Charlotte this offseason, which also helped bring  Kemba Walker to Boston. Both will play against their respective former teams since their sign-and-trade deal over the summer.


All four exhibition games will be broadcasted through NBC Sports Boston and for those Celtics fans that can't wait until October to watch C's players, Team USA is going through their training camp, as four Celtics players will be vying for one of the final 12-roster spots that are be heading to China for the FIBA World Cup.

The tournament begins on August 31.