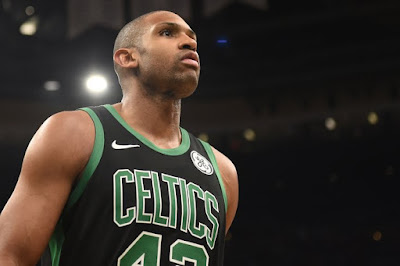 Celtics big man Al Horford has agreed to sign a four-year contract with the Sixers that's worth $109 million.

According to ESPN's Adrian Wojnarowski, only $97 million of Horford's new deal is guaranteed, with $12 million in bonuses tied to championships.


Philadelphia has also retained the services of free agent forward Tobias Harris, who agreed to a five-year, $180 million deal. As one of Joel Embiid's toughest opponent, Horford will bring the same gritty low-post defense to the Sixers in quest for a championship ring -- something Horford has longed for since arriving to Boston.

With the Celtics' chances of winning a title diminished compared to last summer and their off reportedly "significantly" less than the $97 million guaranteed from Philly, Horford decided to join the Sixers.

Boston will now turn back to the NBA's free agency pool looking to ink a big to the full MLE that will be worth just under $10 million. Horford will always be remembered as the first top-tier free agency signing in franchise history.

The Celtics were also labeled as an organization that elite talent we traded to but never acquired by choice. Horford, who was the second most sought-after free agent behind Kevin Durant, changed that narrative in 2016 -- which then led to the Celtics eventually signing Gordon Hayward the following summer.

Throughout his three seasons with the Celtics, Horford averaged 13.5 points, 7 rebounds and 4.6 assists.