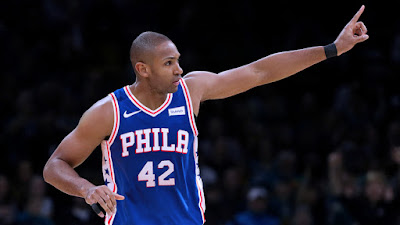 The Celtics have officially moved on from Kyrie Irving and Al Horford, as they introduced the free agent signings of All-Star guard Kemba Walker and big man Enes Kanter on Wednesday.

While Danny Ainge spoke about the new Celtics pair as the team's top priority heading into free agency, especially once Irving was clear about heading to Brooklyn and Horford also didn't plan on returning.


"When we got done with the draft and we started our preparation for free agency, we started planning for 'Plan A,'" Ainge said during the Celtics introductory press conference. "Our 'Plan A' was Kemba Walker and Enes Kanter. And we're very fortunate that they chose the Boston Celtics."

But even following the presser, Ainge made it clear that the Celtics took another shot at keeping Horford, who agreed to a four-year, $109 million deal with the Philadelphia 76ers.


"Once we felt like we had Kemba and we talked with Al's agent and talked about the circumstance, I think that it was made clear where we were," Ainge said. "But I think that a decision had already been made."

The Celtics have reportedly suggested that teams, including the Sixers, may have tampered with Horford prior to the start of NBA free agency, impacting them from being able to re-sign the 6'10" center.

According to ESPN's Brian Windhorst, the Celtics, who haven't gone to the league about the alleged  complainant, believe teams already had deals in place for Horford before June 30.


"I don't know if you heard this, but the Celtics were, from what I am told, one of the teams that kind of stomped their feet about what they felt was tampering," Windhorst said Thursday on the Hoop Collective Podcast.

"Not with Kyrie, although that looked like it was lined up pretty far in advance. But with Horford. What happened with Horford – again, from what I am told – really upset the Celtics, that they were thinking they were going to be able to negotiate with him, talk to him about a new contract, and all of a sudden, it was like he already knew what his market was and was out of there."

Again, Ainge and the team haven't publicly indicated any wrong doing or interference when it came to the Celtics' negotiations with Horford, that ended rather quickly than most anticipated.

Though Horford is a Sixer now, Ainge was not really shocked when it was announced the former Celtics big was heading to Philly, where there was a chance to play a role he's more comfortable with.


"No," Ainge said Thursday on Boston's 98.5 The Sports Hub. "I think that Al -- he really likes to play the four (power forward) more than the five (center). He liked playing with Aron Baynes. He didn't mind playing some five, but he prefers playing the four and I think that going to Philadelphia will allow him to be exclusively at the four."

Horford averaged 13.6 points, 6.7 rebounds and 4.2 assists, while shooting 36 percent from behind the arc last season in Boston. He joins the Sixers' frontcourt of Tobias Harris and Joel Embiid, alongside Ben Simmons and newly acquired Josh Richardson (Jimmy Butler sign-and-trade deal).