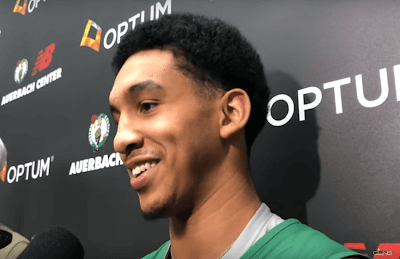 The Celtics agreed to terms with second-round pick Tremont Waters on a two-way deal.

According to Boston Globe's Gary Washburn, Waters will receive the Celtics' second and final two-way contract ahead of the 2019-20 season. This will give Waters opportunity to spend some time with the Celtics throughout the campaign while playing out most of the season in Maine for the Red Claws of the G-League.


The #Celtics have agreed to a two-way contract with second-round pick PG Tremont Waters, according to an NBA source.
— gary washburn (@GwashburnGlobe) July 9, 2019


Waters, who has proven himself to be a solid facilitator, has also shown he has an outside touch from behind the arc. On the defensive end of the floor, Waters finished with a few steals in the first three contests of Summer League -- where the Celtics wasted no time in securing him for a two-way deal.

Waters, an LSU product, was the No. 51 pick in this year's NBA Draft.