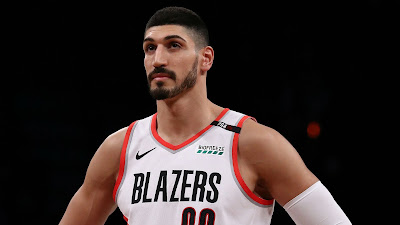 The Celtics addressed their frontcourt concerns Monday by agreeing to terms with free agent center Enes Kanter on a two-year deal.

Kanter accepted Boston's room mid-level exception, worth $10 million, with a second-year being a player option, according to The Athletic's Shams Charania.


He averaged 13.7 points and 9.8 rebounds last season, splitting his time with the Knicks and the Trail Blazers, whose season ended in the Western Conference Finals. Kanter gives the Celtics an offensive minded center who will most likely lead the team in rebounds this upcoming season.

His shortcomings on the defensive end of the floor makes him a much different big man compared to Al Horford, who anchored the Celtics' defense the past three seasons. It will be interesting to see head coach Brad Stevens attempt to get the best out of Kanter on that end of the floor, however, considering Boston used its MLE to reel in the free agent big man, the move is already considered a bargain when you look at his track record.

The eight-year center is a double-double guy and was ranked top-20 in rebounds last year.