Report: Celtics in trade talks with Spurs for Kawhi Leonard, according to Woj 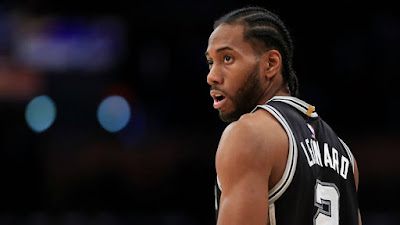 League sources told Woj that the Celtics and the Lakers are two of several teams in trade talks with the Spurs. Boston, a team equipped with young prospects and promising future draft picks, has an edge over other suitors.

But without a long-term commitment from Leonard, who is set to become a free agent at the end of the 2018-19 season, it's difficult to gauge how much the C's are willing to part with for a top-five superstar who can leave after playing only one season. Leonard's health is another major concern.

He's coming off a season-ending quad injury. Before last week's NBA Draft, the Lakers reportedly put together a trade offer for Leonard that was immediately turned down by San Antonio.

Still, even after a recent report stated that the Spurs are unwilling to trade Leonard to another team in the Western Conference, the Lakers are one of the teams mentioned by Woj on Thursday. According to the NBA insider, Los Angeles has offered a trade package centered around young forward Brandon Ingram and future first-round picks, but the Spurs weren't intrigued.

As we pull closer to  July 1 -- the opening day of free agency -- when guys like LeBron James and Paul George will inch closer to making a decision, all eyes will be locked on how the situation in San Antonio unfolds.