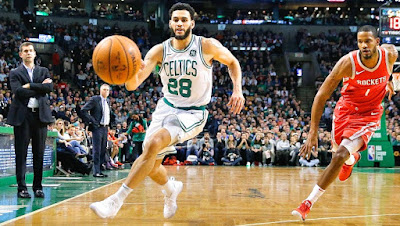 Celtics announced Monday that rookie Abdel Nader underwent an arthroscopy on his right wrist this past June 8.

The team expects Nader to return to basketball related activities in two-to-three months, in time for training camp at the end of September. However, Nader will miss Celtics summer league play in Las Vegas, which runs from July 6 until the 17.


In addition to the arthroscopic surgery on Friday, Nader also underwent an ulnar osteotomy, which used plates and screws in the same wrist. The Celtics deemed the procedure necessary to correct a lingering issue from a fracture he suffered back in high school.

Nader averaged 3.0 points, while hitting 35 percent of his 3-pointers in his first full season for the Celtics (48 games). Boston selected him back in the 2016 NBA Draft as the No. 58 overall pick.