Markelle Fultz to meet with the Celtics on Monday 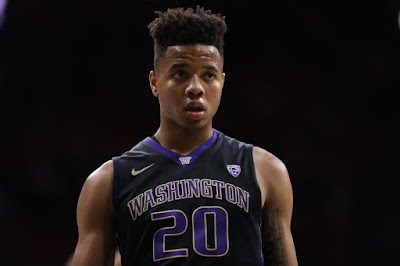 According to ESPN, potential top-overall draft choice Markelle Fultz is expected to meet with the Boston Celtics on Monday and Tuesday.

Fultz will meet the C's brass and have a full physical and medical testing on Monday followed by a work out with the team on Tuesday.

The freshman out of the University of Washington has said in recent weeks how he wants to be selected No. 1 by the Celtics at the NBA Draft on June 22.

It will be Fultz's first visit to Boston as he will meet Danny Ainge and the rest of the Celtics front office personnel. The 19-year-old met the C's president of basketball operations at the draft combine last month in Chicago.

Fultz said he's spoken to Ainge several times since their initial meeting in May and his visit to the city is the obvious next step in the process to get to know the point guard on a more personal and basketball level.

Isaiah Thomas, who also attended the University of Washington, has said that he and Fultz have spoken on several occasions. The All-Star has been asked about the possibility of playing with his friend, if Fultz is selected by the Celtics.


"I talk to him all the time," said Thomas. "He's excited, he obviously doesn't know where he's going [in the draft], but he's excited about the opportunity. He asks questions and I answer them, he's a good friend of mine. If it happens, we'll figure out how to play together, if not, we'll go from there." [ESPN]


"We can both play on or off the ball," Fultz said. "We can both score and also pass. I think we'd be great together." [ESPN]

The potential top-draft prospect averaged 23.2 points, 6 assists and 5.7 rebounds per game this past year as a freshman.