We're only hours away from this year's NBA Draft. The Celtics may have traded the No. 1 pick but if they end up picking the guy who is best fit for their roster, fans will eventually warm up to Boston's top 2017-18 rookie.

Check out my Top-15 mock draft. 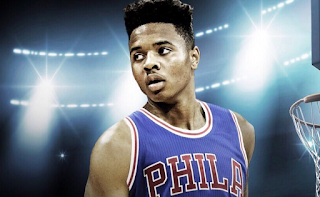 For a combo guard whose game resembles a combination of James Harden and Dwyane Wade, Markelle Fultz and the Philadelphia 76ers are a match made in heaven. He will provide Philadelphia with much needed production in the back court and is the perfect comeplement to Joel Emiid's inside production and Ben Simmons' strong ISO offense. He's doesn't move as quickly as Wade but he can certainly weave through defenders with ease. Together, Fultz and Simmons can effectively attack the rim. Fultz can cover a lot of ground with one or two dribbles and should have a bright future in the city of brotherly love. 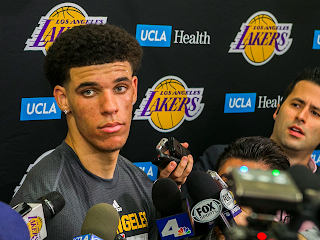 The D'Angelo Russell trade clears the way for Lonzo Ball to settle in as the Lakers' newest starting point guard. Hopefully, it will only take him one season to acclimate to his pivotal role because Magic Johnson has cleared enough salary to sign at least one superstar and by next summer he'll have enough cap space for two and will be equipped to make a run at the Warriors. Under coach Luke Walton, Ball is fit to run an uptempo offense -- one similar to what Walton used to run when he was coaching the Warriors -- that will help Brandon Ingram elevate his game. In that aspect, the Jason Kidd comparison is fitting -- along with his strong defensive prowess. But unlike Kidd, Lonzo established himself as a 3-point scoring threat in college. He relied on the deep ball for almost half of his points, the other half was transition buckets -- he's quick in the open floor. Put it all together along with a high ceiling, Ball is a no-brainer for the Lakers. 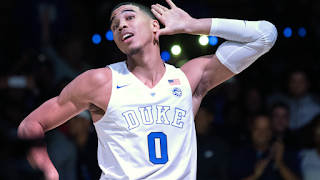 Clearly, Danny Ainge and the Celtics don't think Markelle Fultz is a franchise-changing player. Otherwise, they wouldn't have traded their prized No. 1 pick. Instead, Ainge pulled the trigger for a 2-for-1 swap with the 76ers to draft a player that they think will be just as good, if not, better than Fultz. That player should be Jayson Tatum. What makes Tatum a great fit for the Celtics is his ability to create his own offense via jab-steps, crossovers and fadeaways. The kind of offensive repertoire that's reminiscent of a modern day Paul Pierce -- 6-foot-8 with a 6'11 wingspan -- the kind of body that will develop into an elite offensive juggernaut. The Celtics need someone not named Isaiah Thomas who can create his own offense and at No. 3 Tatum is their best chance in attaining that player in this year's draft. 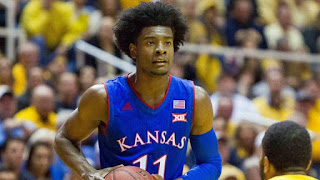 For a team that finished with the third-worst defensive efficiency rating last year, the Suns will benefit from an athletic defensive wing that also has the potential of becoming an efficient scorer. Josh Jackson's basketball-IQ is also one of his biggest strengths. That will come in handy for the NBA rookie when he eventually becomes the defensive anchor that the Suns need at the wing position. Jackson can also become a dynamic small-ball four in today's NBA due to his 6-foot-8 size. 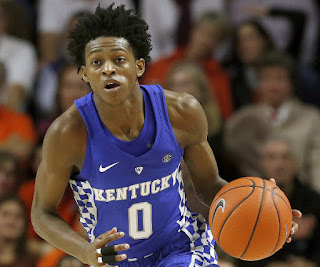 The Kentucky Wildcat product almost immediately drew John Wall comparisons his freshman year due to his off-the-charts speed and athleticism. De'Aaron Fox can leave defenders in the dust with his ability to change speeds and his quick first step. The Kings could certainly use a young point guard who's built for the future to complement shooter Buddy Hield, which would solidify the back court. Fox will have to develop a jump shot but Fox is still a good pick Sacramento, if the Suns don't take him an No. 4.

As a 6-foot-11 small forward, Jonathan Isaac is one of the more intriguing players in the draft. Isaac is a defensive-minded forward who will one day be able to play all three positions in the front court for the Magic. He can block shots, pass and rebound and has a very high ceiling. Isaac is going to have to grow into his slim frame but his high basketball-IQ is a big advantage for the 19-year-old rookie.

Is the next Dirk Nowitzki hearing to Minnesota? The international 7-footer from Finland has been drawing comparisions to the future hall-of-famer (well, just like very international big man who shoots 3's) but they're still a bit premature. Heck, we heard the same about Kelly Olynyk and look how that turned out -- not so Dirk-ish -- but Lauri Markkanen may turn out to be the best shooter in the drat. Markkanen has a smooth catch-and-shoot motion, can run off screens like a guard and still has plenty of room to grow. He'd be a great fit in the front court alongside Karl Anthony Towns.

One of Dr. Dre's best cuts from his sophomore album comes to mind when I think of Malik Monk... "Exxplosive." He uses his quickness to not only blow by his defenders but to also create his own outside shot that is deadly when he's on fire (i.e. career-high 47-point game against North Carolina). Monk can be a streaky shooter at times but his ability to drain jumpers in transition and jumpstart a fast break opportunity will give the Knicks a strong offensive weapon that they can rely on. His quickness can also translate on the defensive end -- where he blitzes passing lanes for easy steals and has good footwork to keep up with his defensive assignments.

As a floor general, Frank Ntilikina is a top-5 point guard in this year's draft class. He's a pass-first point with plenty of upside as a great pick-and-roll guy with tons of athleticism and a high-IQ. Ntilikina is designed for the future. The mysterious French international impressed teams like the Knicks, Kings and Mavericks at their workouts. After New York ultimately decides on taking the better scorer between Ntilikina and Malik Monk, Mark Cuban and the Mavericks will happily select their guy with the No. 9 pick. 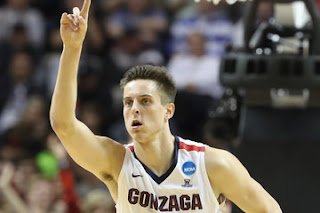 7-footer Zach Collins is another outside shooting big man of his draft class who can also run the floor, find his teammates as an underrated passer and is a strong defender. Collins also has the potential to become a solid rim protector as a pro. He is raw but after the Kings take a top point guard of the class at No. 5, Collins has such a high ceiling at No. 12 that he will be worth it.

As an undersized combo guard (6-foot-2), Donovan Mitchell's 6'10" wingspan gives him an advantage in defending typical shooting guards. He can get to the rack, has a smooth jumpshot that falls from mid-range, and Mitchell has loads of potential. He increased his shooting percentage from his freshman year to the end of his sophomore campaign from 25 percent to 35. But what makes him most appealing is his gritty defense. Mitchell can guard up to three positions and is the biggest reason why he's a top-15 pick.

Dennis Smith's two-way game makes him one of the most interesting point guards of his draft class. With so many point guards being taken in the top-10, the fifth will fall out of the top-10 and land on the Pistons' lap like a wrapped present on Christmas morning. Despite tearing his ACL over a year ago, he's a quick score-first kind of point guard with plenty of strength and tons of athleticism on the defensive end. Smith is undoubtedly a tough cover, he can change gears to get to the rim and has an outside touch. What a steal for Detroit.

John Collins does most of his work in the paint -- whether it's scoring around the basket or pulling down rebounds. Collins is a scrapper with a mid-range scoring touch that will make him more of a dynamic scorer as a pro. Think Brandon Bass, just 30 pounds lighter.

Whether it's a catch-and-shoot play or he's coming off a screen, Luke Kennard is a pure shooter. He's effective away from the ball and can create space and absorb contact when he's driving to the rim. The lefty out of Duke will need to improve on the defensive side but his shot will definitely be NBA-ready for the Heat.

Justin Patton has the tools to become a great defending big man but still has a lot of work to do. The ceiling is high for Patton but his raw athleticism and potential of becoming a decent catch-and-shoot big man makes him a good mid-round selection for a team that is always welcoming deep shooting big men.