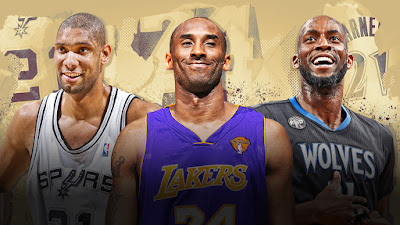 One of the most anticipated classes in Naismith Basketball Hall-of-Fame history could have to wait for induction, due to the COVID-19 pandemic.

The induction ceremony of 2020, which included Kobe Bryant, Tim Duncan, Kevin Garnett, Tamika Catchings and others is facing a potential delay to Oct. 9-11 or the spring of 2021, according to Hall-of-Fame CEO John Dolvea, who spoke to the Boston Globe.

Though the ceremony is still scheduled for August 29 in Springfield, MA, Dolvea says a decision will be made in the next week about moving the ceremony to the MassMutual Center, which has a capacity of 8,319 rather than the Symphony Hall that only sits 2,611 for greater social distancing.

If a decision is made to delay the event it would be unfortunate because of the importance of an audience being present, plus it wouldn't turn into a virtual ceremony either, especially due to the emotions surrounding this class and Bryant's death in January.

Dolvea also added that there would be a rule change for the class of 2020 that would allow family members of posthumous inductees to speak live at the ceremony, meaning Vanessa Bryant or any other member of the Bryant family to speak on Kobe's behalf.

Bryant's family has reportedly requested to be involved with this year's induction ceremony to some capacity.


"I had the opportunity to speak very briefly with Mrs. Bryant, and she was very appreciative and very emotional," Doleva said. "She has certainly indicated to be very involved, she and her family and others, in his enshrinement ceremony when it happens."

Doleva also made it clear that they are ruling out combining the 2020 and 2021 class, which could include the likes of Celtics great Paul Pierce, along with Chris Bosh and Chris Webber.