NBPA's Michele Roberts says 'it's been two and a half months of, 'What if?'' 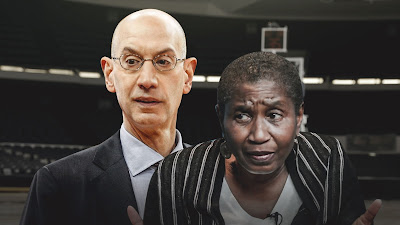 National Basketball Players Association executive director Michele Roberts said its been "overwhelming" and "they really want to play" when it comes to finishing the NBA season.

In this week's video call with players, the NBPA is preparing to learn about the NBA's step-by-step plan to reopen, most likely at Disney World's ESPN World Wide Sports Complex in late-July.


"It's time. It's time," Roberts told ESPN. "It's been two and a half months of, 'What if?' My players need some level of certainty. I think everybody does."

Roberts wants to speak with players on all 30 teams before the NBA plans to resume the season and get a sense of how the league will avoid contracting COVID-19 when teams report directly to the Orlando resort for training camp.

A joint task force between NBA and players' union was formed on how to restart the season, which has been suspended since March 11.

According to an Adrian Wojnarowski report last week, the NBA is expected to issue a guideline of the league's plan to finish the season on June 1. Adam Silver and the league's board of governors have a meeting Friday to detail a potential return.

Roberts wants feedback from the union after the league issues their guidelines due to the collective bargaining agreement coming into effect when the joint task force formed. The NBPA does not need to vote on the NBA's plans.


"If we thought we needed a vote, we would. If we're ratifying a CBA, we need a vote," Robert said. "But our preferred method is talking to people or just having them talk to us. Then if we get a sense of what the sentiment is then we can move forward. We talk to our players and figure it out."

Roberts has been encouraging the league to provide details on its plans sooner rather than later, so players can move on it quickly instead of stalling the process like Major League Baseball has.


"Let's just get it out there, because our guys need to know," she said. "Certainty will be good. But the players really want to play."